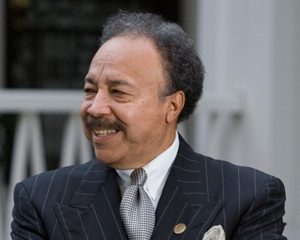 The president of Hampton University for nearly 40 years, William R. Harvey has been in the news lately for his criticism of the BET television series The Quad, the setting of which is a fictional historically black college.

We spoke recently, and Harvey made it clear that his head is not in the sand.

“I know that sex, alcohol, and drugs do go on, but in all my years as president I’ve never heard of a president having sex with a student,â€ he told me, alluding to a prominent story line in the series.

He went on to say that the show is “terribly disrespectful to women,â€ and lamented its lack of balance.

A Man of Integrity

Harvey can criticize the series in no uncertain terms because he knows what principled leadership looks like. Not only has he lived it, he’s seen it and cultivated it in others.

His new book, Principles of Leadership, written in response to the many who have asked how a small black college in Hampton, Virginia, couldÂ balance its budget (every year Harvey’s been there), increase its endowment to more than $160 million, and exercise total control over a NASA satellite mission–the first historically black college to do so–among many other achievements, details the 10 principles that have helped lead to Harvey’s, and Hampton’s, extraordinary success:

All the Principles Are Important

When I asked Harvey which of the principles were most important, he said all were. But being able to govern oneself was the first thing he mentioned, quoting William Penn: “No man is fit to command another that cannot command himselfâ€–which is included in the introduction to his book.

Harvey’s inspiring book is filled with exhortations to seek honor, trustworthiness, integrity, courage–the polar opposite of the promiscuity and disrespect depicted in The Quad.

“Seventeen of my vice presidents have gone on to become presidents of other institutions,â€ Harvey told me proudly.

He also credited Hampton’s success to his team over the years, saying, “I am the team leader, but we’ve done well because of the team.â€

Principles of LeadershipÂ is out now.