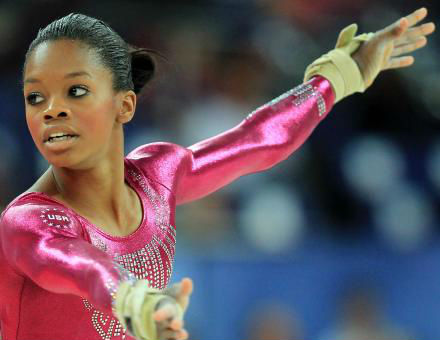 The gym where Gabby Douglas once trained at in Virginia has publicly denied the gold medalist’s claims that she was bullied and discriminated against.

Douglas, 16, sat down in a televised interview with Oprah Winfrey, telling the media mogul that she was treated differently by her white teammates and was once called a “slave.”

“Gabby’s remarks were hurtful and without merit,” Excalibur Gymnastics CEO Gustavo Maure said in a statement. “We’ve had more African Americans in elite and on the national team than any other gym in the country.

“We are good people. We never were knowingly involved in any type of bullying or racist treatment, like she is accusing Excalibur,” he continued.

Though Douglas said she considered quitting gymnastics due to the alleged discrimination she encountered, she later moved to another gym in Iowa. “I felt being bullied and isolated from the group,” Douglas told Winfrey about her experience at the Virginia gym. “Is it because I’m black? Like, those thoughts would go through my mind.”