The playlist includes videos such as one of Nick Cannon reading Old McDonald. Another video is an animated version of the children’s book classic, The Very Hungry Caterpillar.

Bennett has an intro video at the beginning of the playlist in which he dresses like Batman and extols the virtues of reading, saying books provide “great adventures.”

“You can go to Hogwarts and visit Harry Potter, you can go to the chocolate factory and see Willy Wonka,” he enthuses in the clip.

Bennett has been characterized as “the weirdest player in the NFL.” He told Black Enterprise last year in an interview that in addition to football, he loves to draw and create animations; is a voracious reader; and a Harry Potter fanatic.

He launched the Imagination Agency—a creative endeavor to showcase his artistic talents. Through the agency, Bennett released a children’s app inspired by his daughter, “Hey, A.J. It’s Saturday,” along with a companion book. 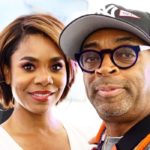