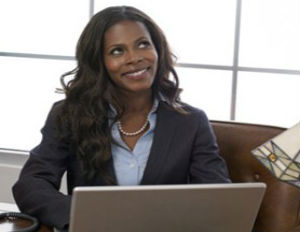 Despite women holding 80% of consumer power, it’s been reported that only three percent of creative directors are female. But, even with low stats, its important that whenÂ women are given the opportunity to sit in the creative director seat, they are prepared to put their best foot forward. Adweek contributor and professor of advertising at Boston University, Edward Boches, reports on 18 things great creative directors do that set them apart from not-so-great directors.

1. “Set the creative standards and objectives so that everyone understands them.”

Boches says people need to know what’s expected of them. The higher the expectation, the better. Be clear with expectations and examples, especially if you are trying to effect change and improve work on a longterm basis.

2. “Be approachable and accessible, and eliminate any anxiety.”

Broches reminds you that if you’re the new creative director and there are creative people already working in your department, they’ll be nervous and anxious to know what this means for them personally. They’ll also be eager to know more about you personally and professionally.

3. “Find out what your staff thinks about the work and solicit their suggestions for how to make it better.”

Engage with your team. You want to know how they feel about their output and they want to know you’re willing to hear their suggestions. They’ll appreciate that you’re listening.

4. “Create a culture of honest engagement.”

Eliminate that daunting hierarchy. Allow anyone at any level to speak their mind, throw in an idea, or express their opinion about the work. It’s ultimately your decision, but you want the culture to be an honest one.

5. “Be specific and constructive when you review work.”

Broches’ says “that’s just not doing it for me,” is a meaningless form of feedback. Be specific about what needs work on a project. Is there a kernel of a good idea in there? If so, find it. If not, suggest angles and directions so the team knows where to go. No one likes a leader that plays the guessing game.

To read the rest of Edward Boches’ tips for being a great creative director, head over to Adweek…