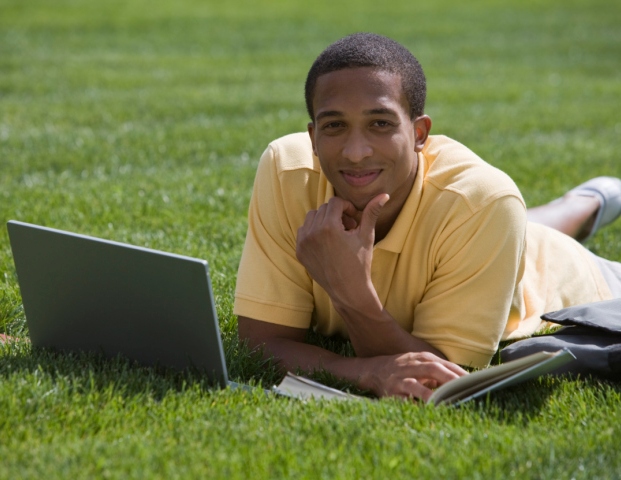 Buy digital textbooks. You can save a third or more of the cost of a hardback textbook by purchasing a digital book. Despite the fact that todayâ€™s college students are more technologically savvy than ever, the digital textbook market is only a sliver of the $9 billion industry for new and used textbooks. According to the National Association of College Stores, digital books make up about 3% of textbook sales. But that figure is expected to grow to between 10% and 15% by 2012 as e-books and e-readers grow in popularity.

As the first person in her family to apply to college, Ashley Ayala-Perez was completely new to the undergraduate admissions process.

Even more daunting, she had to figure out how she was going to pay for college–and navigate the scholarship bureaucracy.

[Related: Send Your Kids to College Without Going Broke]

Then, when she was a senior last year atÂ Northeast High SchoolÂ in Philadelphia, her school’s lead counselor posted an announcement about a new program calledÂ Raise.me. Unlike other scholarships, it did not require student essays or teacher recommendations. Students simply had to enter details on the site about their high school achievements and they would immediately accrue incremental scholarship credits–contingent on admission–from certain colleges.

For Ms. Ayala-Perez, who was born in Puerto Rico and moved to Philadelphia with her family when she was 13, the program sounded almost too easy to be true. She quickly used Raise.me to calculate the amount she could amass if Pennsylvania State University, her first choice, accepted her.

She instantly picked up a $100 scholarship credit just for having taken her high school pre-algebra class, she said, and an additional $1,500 for getting A’s in more than a dozen courses. She added an additional $250 for having visited a local Penn State campus.

“It was kind of addicting. You kept adding in things and you could see how much money you kept making,â€ Ms. Ayala-Perez told me recently. “It made it more concrete.â€

For first-generation college students like Ms. Ayala-Perez, the undergraduate application and financial aid process can seem like a black box running on sluggish, opaque mechanisms. High school students typically learn the specifics of the aid packages colleges are prepared to offer them only in the spring of their senior year, after they have been admitted. But many students in low-income families never learn about the scholarships and grants at all–because they decide not to apply to college, figuring they will never be able to afford it.