Google Wants You To Be The Perfect Human 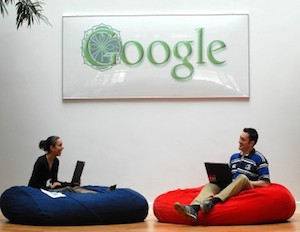 Google wants to show you how to be healthy, and it’s collecting massive amounts of data to do it.

According to the Wall Street Journal, Google’s latest “moonshot” project is called Baseline Study, a Google X undertaking that will collect information and build a database to identify what constitutes a healthy person.

One goal of Baseline Study is to use the information to identify patterns in the human body. These patterns, or biomarkers, could be used to create a standard of health and help people reach it, whether through a change in lifestyle or the addition of medicine.

Leading the Baseline Study project for Google X is Dr. Andrew Conrad, a molecular biologist responsible for creating high-volume, inexpensive HIV testing solutions. He joined in 2013, and has since built a team of researchers and scientists with a variety of medical specialties.

Google’s obsession with health has gone on for quite some time. In 2008, the company debuted Google Health, a personal health record service that was shuttered in 2013. But that same year, Google announced the creation of a new company, Calico, with the goal of extending the human lifespan.

Infographic: The Cost of Summer Fun Then and Now