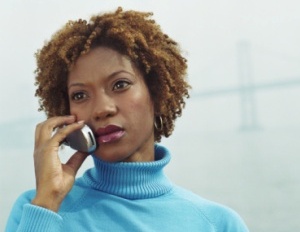 In a bid to strengthen its mobile business, Google announced on Monday that it would acquire Motorola Mobility Holdings, the cell phone business that was split from Motorola, for $40 a share in cash, or $12.5 billion.

“We’re going to make sure it’s aimed at the principal, the teacher and that student,” Roberts said. “Not spent in the administration and other places.”

President Obama‘s summer woes have dragged his approval rating to an all-time low, sinking below 40% for the first time in Gallup’s daily tracking poll.

New data posted Sunday shows that 39% of Americans approve of Obama’s job performance, while 54% disapprove. Both are the worst numbers of his presidency.

The scales are finally starting to tip the other way for Desiree Rogers and Johnson Publishing. After a bumpy transition and some crafty maneuvering, though, it’s now being reported that Ebony and Jet are seeing a rise in their circulations. This news comes after the announcement that both publications’ circulation has been outsourced to New York firm Shain & Oringer.

Elaine Riddick‘s small frame heaves, her rapid, shallow breaths whistling in her throat as she forces the words out between her sobs.

“So what am I worth?” she asks the five people seated at the long table before her. “The kids that I did not have, COULD not have. What are THEY worth?”

“Priceless,” Tony Riddick whispers as he gently rubs his mother’s back.

Elaine Riddick has been asking these same questions, in one forum or another, for the past 40 years. This most recent appearance in late June was before the Governor’s Task Force to Determine the Method of Compensation for Victims of North Carolina’s Eugenics Board.

Your Cheat Sheet: A Quick Guide to Student Loans for College

Swizz Beatz Signs on As Creative Consultant for Lotus