Google to Spend $150 Million on Diversity Initiatives in 2015 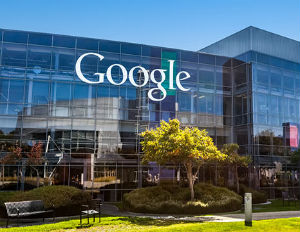 Tech giant Google recently announced that it was embedding some of its engineers in Historically Black Colleges and Universities, but it’s far from the only effort it’s making to bring color to Silicon Valley.

In an interview with USA Today, Google’s Vice President of People Operations Nancy Lee said the company was committing $150 million in 2015 to programs that allow women and minorities more access to the company. Google spent $115 million last year, and this year’s figure tops similar efforts by Intel ($60 million), Apple ($50 million) and presumably Facebook, which did not disclose how much it was investing in diversity efforts, according to the report.

In addition to the HBCU initiative, the company’s blog says it is working with Hollywood to change the image of a computer science major, as well as bringing local initiatives to teach coding to high school students in diverse communities.

It is also expanding its pool of schools where it recruits talent and is continuing its courses for current employees on unconscious bias. Employees can volunteer 20% of their time to work on diversity projects through Diversity Core, with more than 500 Google employees participating in projects at Google and in local communities this year, according to Lee.

“Our strategy is extremely long term. Sure, we are doing things that can show an impact maybe this year, maybe next year. But we recognize that there is not enough talent entering into our industry and that we have a lot of work to do,” Lee told USA Today.

Last year, Rev. Jesse Jackson targeted Google and other Silicon Valley tech companies, and urged them to release their diversity figures. He’s since continued to push for more women and people of color in the “highly segregated valley,â€ with his Rainbow PUSH Coalition hosting the PUSHTech2020 Summit in San Francisco, an event that drew dozens of top executives from the region’s most prestigious firms.

Lee tells USA Today that Google founders Larry Page and Sergey Brin felt the company “had evolved into an organization that did not look the way it ought to” before it launched its initiatives.

“They know the products we are producing are meant for the world’s population, and only if people who are using (that technology) are also its creators and innovators can we can really get the kind of innovation we need to solve problems,” Lee told the publication.

The comments, suggesting that teams with more diverse staff have the capability of targeting the most consumers, is not new, but one counter to what Ben Horowitz–the co-founder and general partner of Andreessen Horowitz–said during a discussion about tech companies and the pressure to diversify.

“When you’re building a startup, you’re fighting for your life,â€ he said, according to Business Insider. “You aren’t going to do anything for corporate responsibility,â€ noting that many tech companies are built–and continue to reside in–a culture focused on the bottom line, whether or not that means having a diverse workforce.

But Google seems to be buying into the idea that diversity will positively affect its bottom line, though its efforts may take a while to materialize. “Early indications show promise, but we know that with an organization our size, year-on-year growth and meaningful change is going to take time,” Lee told USA Today. “There isn’t a simple solution to solving the diversity challenges our company and industry faces.”