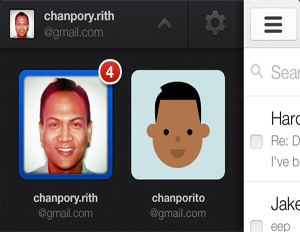 Gmail just got its sexy back.

We won’t say all that, but iPhone and iPad users will appreciate the new Gmail app. The latest version of Google’s email for iOS, which is now available for download, boasts new and improved features such as an “infinite scrolling inboxâ€ and “predictive response to searches,â€ says VentureBeat writer John Koetsier.

He adds, “It may be overkill, but Google has built the ability to add up to five separate accounts on your iPhone.Â It also has a nice new very Google+ user interface, and some time-saving shortcuts such as the ability to instantly RSVP to Google Calendar invites.â€