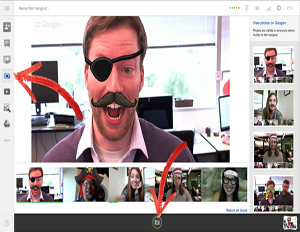 Google introduced a new app for Hangouts, one of its most popular products, on Tuesday. Google Capture, a new way for Google Hangouts users to snap photos of a Hangout in progress, will be available worldwide soon within the customary Hangouts app.

Google’s Jeremy Ng broke down how the new Hangouts Capture app works in a Google+ post announcing the app:

– Once you’ve opened the Hangouts Capture app, you can snap photos of your Hangout view with a single click
– All photos are saved to a shared album, visible only to other Hangout invitees
– You can view these photos while inside the Hangout, when browsing your photo albums, or by visiting the original Hangout post
– And, importantly, you’ll always know when the app is in use: when you join a Hangout, when someone opens the app, and whenever a picture is taken

How to Reinvent Your Brand With Social Media

The Truth About Emergency Savings Funds