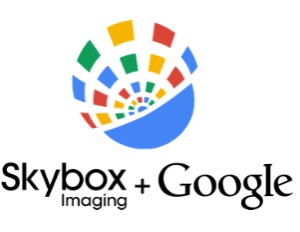 Skybox Imaging is the second company acquired by Google for spreading Internet access, the first being Titan Aerospace.

Google uses satellites to capture images for its Google Maps software, but now it owns a company that makes them.

Eventually, according to Google, it wants to use Skybox Imaging’s satellites to provide Internet around the world, focusing on improving Internet access globally as well as providing Internet during disasters.

Skybox Imaging uses satellites to monitor changes on Earth through its imaging and video technology. “We’ve built and launched the world’s smallest highÂ­-resolution imaging satellite, which collects beautiful and useful images and video every day,” Skybox said in a post announcing the acquisition. “We have built an incredible team and empowered them to push the stateÂ­-ofÂ­-the-Â­art in imaging to new heights. The time is right to join a company who can challenge us to think even bigger and bolder, and who can support us in accelerating our ambitious vision.”

Google’s ambitions have grown from just perfecting search. It’s Project Loon campaign is already in its testing phase, with Google using balloons to Its goal to bring the Web to everyone was hammered home when it bought drone company Titan Aerospace in April, a company in which Facebook had been reportedly interested.