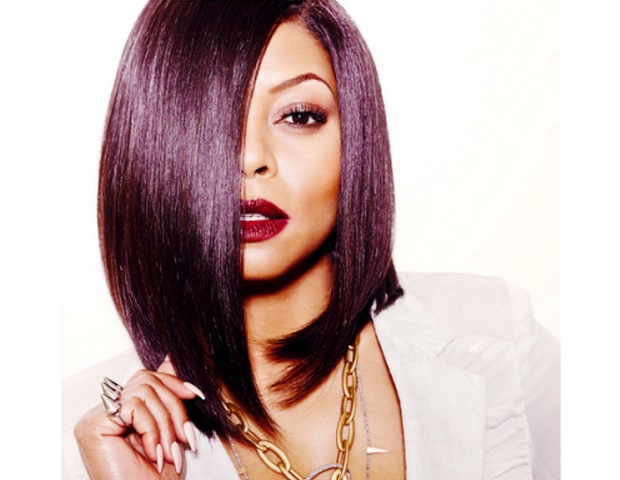 A sweet treat for actor Leonardo DiCaprio and other Hollywood peers before a landmark acceptance speech. A nod to Steve Harvey’s Miss Universe flub during nomination announcements. A Lifetime Achievement Award for a man whose performances range from slave to Malcolm X to futuristic action hero.

These were major highlights of Sunday night’s Golden Globe awards show, where African American Hollywood heavyweights made sure their presence was felt.

Taraji giving out cookies when she won ðŸ˜‚ðŸ˜‚ðŸ˜‚ #GoldenGlobes https://t.co/PAWHZvdWts

“Who knew that playing an ex-convict would take me all around the globe?” she said during her acceptance speech. She added that she thought she’d win for past roles but said, “It’s Cookie who spent 17 years in jail for selling crack, so I guess the world loves the real.” When the signal to wrap-up was given, she defiantly said, “I waited 20 years for this. You ‘gon wait,” sparking viral social media memes and gifs and kudos from fans. Last night’s win makes her the third black woman to win the award in that category.

Denzel Washington was honored for his exemplary body of work in Hollywood with the prestigious Cecil B. DeMille Award, which was presented by Tom Hanks. “Brando, Clift, Poitier, McQueen, Hoffman, Pacino, De Niro. Now the cliche ‘the list goes on-and-on’ does not apply here–because it doesn’t,” Hanks said. “The list is finite, the club is exclusive. But it includes the actor who’s being given the Cecil B. DeMille award tonight. A single name can define an artist who is a peer and equal with all of the greatest legends of our craft. If Washington doesn’t ring loud enough, then let the first name carry all the weight. And that name is Denzel.”

Washington is the third black actor to win the award in its 63-year history, preceded by Sidney Poitier, who won in 1982 and Morgan Freeman, who won in 2012. Washington has won two Golden Globes, one for Glory and one for The Hurricane, and he has been nominated seven times. Washington’s speech left much to be desired, as he said he forgot who he’d thank and couldn’t read what he’d written because he didn’t have his glasses.

Do you need your glasses, Denzel? #GoldenGlobes â¤ pic.twitter.com/0Lmlqd7HXC

Another highlight of the night was Jamie Foxx’s presentation of the winner in the category of “Best Original Score,” where he announced that Straight Outta Compton won but then said, “I’m sorry folks. I made a mistake. … It’s right here on the card… I apologize to everybody in Compton,” a mocking of Steve Harvey’s infamous Miss Universe snafu.

Fans and friends of Creed star Michael B. Jordan and director Ryan Coogler thought the two were snubbed during Sylvester Stallon’s speech after he won “Best Supporting Actor” in the film and took to social media to express their disappointment.

Sylvester Stallone shouted out everyone but #MichaelBJordan for #Creed. #goldenglobes

#waitwaitwait, Ryan Coogler & Michael B Jordan, Thanks for acting with me!!! Loved Sly but…

Well. I’m gonna go ahead and thank RYAN COOGLER + MICHAEL B. JORDAN since no one else is. Thank you, brothers. Good work. #smh #goldenglobes

According to reports, Stallone thanked them on stage during the commercial break, attributing the oversight to the excitement and awe of the moment.

Other highlights of the night included several wins for The Revenant, including one for its leading Â actor Leondardo DiCaprio, as well as a win for Lady Gaga, who co-stars in American Horror Story. See the full list of winners here.

The Ultimate Guide to Las Vegas For Non-Gamblers