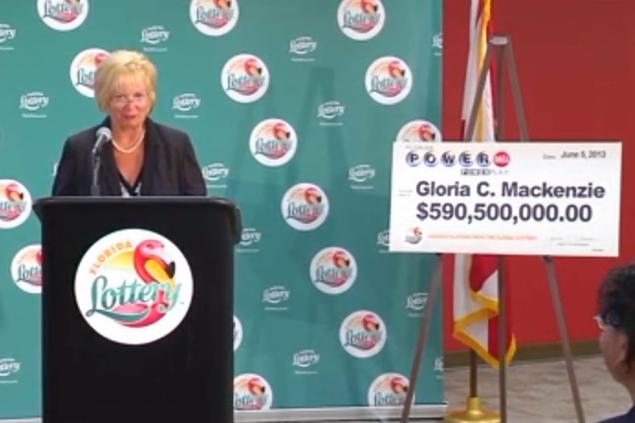 The Powerball jackpot winner did not appear at her press conference.

The suspense is over: An 84-year-old Florida woman has claimed the $590 million Powerball jackpot, the largest in history.

Gloria C. MacKenzie, 84, of Zephyrhills, Fla., was named the winner by the Florida Lottery today, but was not present at the televised press conference. Lottery officials read a statement from her in which the elderly woman said that when she went to buy her ticket “another lottery ticket buyer was very kind enough to let me go ahead of her on the supermarket line.”

MacKenzie came forward with her winning ticket this morning, ending a two week-long mystery of who won the jackpot.

She presented her winning ticket to her local lottery claims center with her son, Scott MacKenzie, financial adviser, and a lawyer from Brant, Abraham, Reiter, McCormick & Johnson in Jacksonville.

Boss Moves, the Big Game, and Some Business on the Side