Getting Started: Turning Your Blog into a Business - Black Enterprise

From entertainment to politics to fashion, fascinating tales of a single web site or blog being the catalyst to entrepreneurship and once-in-a-lifetime opportunities are increasing. Jeanine Hays, 32, a lawyer who has hadÂ a loveÂ for interior design since she was given her first decorating job–her bedroom at the age of six–isÂ  now one of the newest innovators to join that list of those who’ve found success via a passion they simply wanted toÂ blog about.Â Hays is theÂ founder of AphroChic: Modern.Soulful.Style, a blog she launched in 2007 that highlights designers and design products from around the world. The blog became so popular that inÂ 2009,Â Hays launched AphroChic pillows and apparel, and most recentlyÂ she launched her second collection, Brooklyn Renaissance, which includesÂ wallpaper, shower curtains, tabletop and other home dÃ©cor itemsÂ depicting Brooklyn life.Â Lucky magazine and the folks at HGTVÂ are among her biggest fans.

BlackEnterprise.com recently caught up with Jeanine to talk about the beginning of blogging her way into a business.

BlackEnterprise.com: Your blog, AphroChic, has led to some great ventures in the design world, including a successful side hustle designing home decor. How did AphroChic begin?

Jeanine: AphroChic started as a blog in 2007. I was fresh out of law school working at my first job, and design became a refuge from the daily grind. I’d spend hours on the computer reading about interior design and looking up new work. My husband was the one who encouraged me to start my own blog and share my passion with others. Two years later we opened the AphroChic shop online.

What role did your blog play specifically in bringing the brand AphroChic to where it is today?

Jeanine: It was through the blog that I came to realize I had a voice, and that there was something new I could offer in the world of interiors. Writing regularly on home dÃ©cor and meeting and interviewing designers allowed me to stay ahead of the trends as well as see the gaps in the design world. After two years of blogging, I gained the confidence to start developing products of my own that spoke to my personal aesthetic. I also already had an audience of thousands of readers to share the work with immediately.

Jeanine: I was honored that HGTV reached out to me. I think it was a combination of being an interior design blogger, having an active following for the blog, and a number of followers via Twitter as well.Â  The guest judge opportunity was a Twitter party that engaged AphroChic followers. It was fun, and wonderful to be recognized as a top design blogger in the field.

Â What are some of the challenges you’ve faced in bringing AphroChic this far?

Jeanine: Balance is probably the biggest challenge. Working in a full-time career that offers stability is something that is important to me. But I also have a desire to follow my dream full-time. It’s hard to know when the right time is to step out of your comfort zone and completely leave the stable life behind. Â

Oprah Gets Her OWN 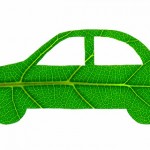