Getting Out of Credit Card Debt Once and For All 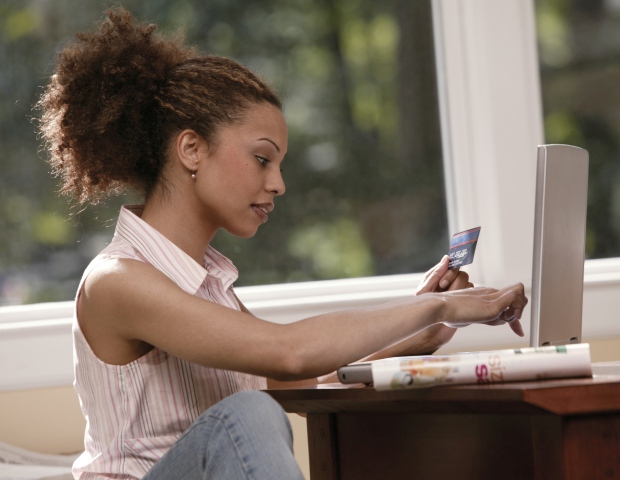 Financial experts say credit card debt should represent no more than 10-15% of our monthly budgets. For many of us, however, our unsecured debt loads are substantially higher. The average American carries about $5,000 in credit card debt, depending on who you ask.

[Related: Retiring Your Debt Before You Retire]

That number is actually moving lower for the population, as a whole, as the economy recovers from recession, with African Americans also experiencing lower credit card debt burdens.Â  According to a survey by Demos and the NAACP, African Americans carry $5,784 today compared to $6,671 in 2009.

Despite the improvement, credit card debt is a leading cause of financial stress for all, and robs precious resources that could be used for building wealth and achieving our goals.

BlackEnterprise.comÂ spoke with Bruce McClary, of the National Foundation for Credit Counseling, about strategies for reducing unsecured debt.

BlackEnterprise.com: How do you know debt levels are a problem? How much is too much credit card debt?

McClary: Debt levels can be a problem even when things seem alright on the surface. The earliest sign that trouble is on the horizon is when there is no room in the budget for more than minimum payments, and balances are carried from month to month. As a part of the overall spending plan, credit card debt payments should not represent more than 10-15% of the monthly budget. Debt balances should be kept low in proportion to credit limits, with the goal of paying balances off as quickly as possible to avoid prolonged interest charges.

What’s the first thing you need to do in order to create a debt payment plan?

You can look no further than your credit card statement for help working out a debt repayment plan. There is a disclosure often referred to as the “Schumer Box” that reveals important information about interest calculation and other fees. Knowing that information can help you create a plan that leads to a faster payoff than the minimum payments would allow. The key to success is to make more than the minimum payment without interfering with other budget priorities. This may mean making some tough choices, reducing or cutting some spending until the debt is repaid.

How should you figure out how much to allocate to different credit cards?

For starters, any account that is already past due should be the top priority when allocating extra money for payments. Beyond that, there are two schools of thought when it comes to the best debt repayment strategy. One strategy is to arrange your debt in order of balance, from lowest to highest. Start by power-paying the lowest balance account until it is paid off, while making minimum payments to the others, then allocate the extra money to the next largest balance. That is commonly known as the debt snowball, and can be very motivating for those who need to see faster results in order to reach their ultimate goal. The other strategy is the ladder method, and it involves prioritizing debt in order of interest rate, from highest to lowest, without regard to the amount owed. Start by allocating all extra money toward repayment of the highest interest debt while making minimum payments to the rest. When the highest interest debt is gone, all extra money goes to the account with the next highest rate. The ladder method is often promoted as the one that saves the most money over the long term because high interest rate debts are eliminated early.

Should you stop saving to pay off debt?

Absolutely not. There may be a strong case for cutting back on saving while repaying debt, but it remains important to stay in the habit of paying yourself first. Having savings in place for emergencies will help you avoid going deeper into debt at a time when you are trying to get debt out of the picture. It is just as important to continue saving for retirement, since any interruption in the process can deliver a major setback toward reaching that goal.

What are some ways to reduce debt that people don’t often think of?

While there are no guaranteed results, negotiating fees and interest with a creditor can make a big difference in how fast a debt is repaid. This can also result in hundreds and even thousands of dollars in savings over the long term. Transferring multiple balances to a lower interest rate credit card can also help by reducing the cost and simplifying the process of debt management.

McClary and other debt counselors agree that it is imperative that you know the ways in which your debt loads are affecting your overall credit picture. You can take a look by obtaining a free copy of your credit score from annualcreditreport.com.

Study: Black Students’ Discipline Rates are Highest in the South