Get a GPS for Your Life - Black Enterprise 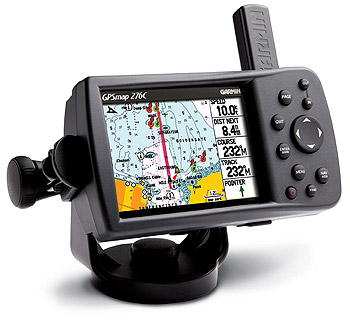 Recently I took a trip with an old buddy and we began updating each other on our lives–business, sports, the kids–as we drove down the interstate. Inevitably, my friend began rattling off a litany of financial and personal problems that had consumed his life. To make matters worse, after months of agonizing thought, he still had not conjured up a single solution. Although I empathized, I provided some advice by way of a joke. I pointed to my GPS system and told him it was the one thing I could always rely on. It gave clear, concise directions. If there are any roadblocks, it informs me miles in advance. When I occasionally take a wrong turn, the device automatically recalculates the route, offering an alternative to reach my intended destination. He got the point: plot a course, follow it, and make any necessary adjustments. To be blunt, get a GPS for your life.

Time and again, I chat with people, young, old, and in between, who don’t have the most basic plan to guide their lives much less a back-up scenario in case they meet major obstacles. As unbelievable as it may sound, most don’t map out the essentials–finances, careers, education, or health, to name a few areas. For example, overwhelming numbers of Americans aren’t prepared to face the inevitable: According to a 2008 FindLaw.com survey, nearly 60% of Americans don’t have a will. And far too many African Americans continue to put off addressing money matters or seeking resources to provide assistance. Take the 2009 study sponsored by The Smiley Group and Nationwide Insurance: Of 1,200 participants surveyed, it found three in four African Americans did not have a written financial plan and nine out of 10 did not use a financial adviser.

Those are but two examples to illustrate my point. I’m also referring to hundreds of African American students who don’t use college as a lab to begin shaping their future goals but a playground for fun and frolic. Or thousands of mid-career execs who achieved a certain level, put their careers on cruise control and became derailed by the new economy and technology. Or entrepreneurs who were wedded to their original business model and let their companies become casualties because they failed to take the time to create a different strategic approach. The old adage holds that insanity is continuing to do the same thing and expect different results.

You must figure out the big picture, set goals, don’t let any impediment wreck your future, and develop a vision for your life. Let me use Black Enterprise as an example. When I became president of the company a decade ago, I envisioned that we would develop or acquire a series of publications so black enterprise would become a major force in the publishing industry. However, four years ago when I officially became CEO, the advent of the digital era forced me to alter my plans so we’re no longer dependent on the publishing business. Now, I am directing my senior management team to ensure that black enterprise can be found in any medium, especially digital and mobile applications. Now, our Wealth for Life mission is becoming more accessible and ubiquitous around the globe. Our ambitious business goals have always been supported by a multi-pronged, flexible plan.

So as you design your life and face what may seem like insurmountable barriers, heed the sage advice of Lisa Nichols, the renowned life coach and entrepreneur. First, start with the end in mind: “paint the picture–vividly describe how you plan to come out of [a] situation and who you will be when you emerge.â€ Next, create action steps to achieve results, or what she calls “deliverables.â€ Lastly, own the part you have played in any experience, avoid blaming others for setbacks, and reframe your challenges in positive terms. As a direct correlation to business, she says don’t let anything distract you from magnifying your focus and keeping your business and professional status relevant.

I couldn’t agree with her more. Today’s environment offers daunting personal, financial, and business challenges but also great opportunities. Besides, trials and tribulations will follow you even during the best of economic times. Make no excuses when pursuing your vision. By developing a comprehensive life plan, you’ll find you’re no longer a passive passenger. You’ll be in the driver’s seat.

Earl “Butch” Graves Jr. is the president and CEO of Black Enterprise.

Celebrated or Not, Mediocrity Wonâ€™t Cut It