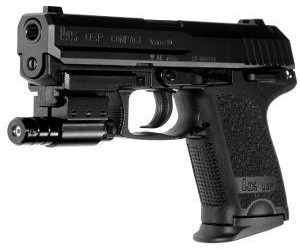 Nelson, a small Georgia city north of Atlanta, is requiring the head of virtually every household to own a firearm.

The town’s five-member council voted on the bill with unanimous approval.Â Nelson, which has a population of approximately 1,300 people, is the second city in the state to mandate gun ownership.

People with disabilities, felons, and those who oppose gun ownership based on belief or religious doctrine are exempt from the law.