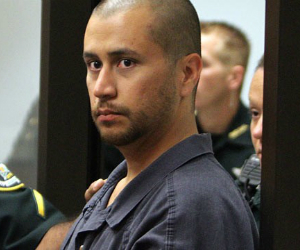 Trayvon Martin’s killer, George Zimmerman, has decided to waive his right to a ‘Stand Your Ground’ hearing in an effort to speed up the date of his murder trial.

Zimmerman has been charged with second degree murder in the slaying of Martin and has claimed self-defense in the name of the ‘Stand Your Ground’ law.

The 29-year-old Zimmerman appeared in a Florida courtroom Tuesday (April 30) and told the judge that he has decided against the pre-trial hearing. It’s possible that because the judge would determine the ruling (although the judge could rule in his favor, thus eliminating the need for a trial), the defense would rather take their chance with a jury than with someone who would rule based on the merits of the law.

“We’d much rather have the jury address the issue of criminal liability or lack thereof,” his attorney Mark O’Mara said.