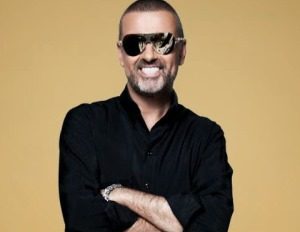 The death of pop star George Michael at age 53 due to a heart attack came as a shock to many fans of the soulful singer-songwriter, who was also a gay icon. He has been praised for his work as a prominent LGBTQ rights campaigner and for whom being gay was central to his identity and his music.

He reportedly fronted a documentary about HIV to coincide with World Aids Day in 1998, the year he publicly came out on CNN. The film, MTV Staying Alive, focused on the experiences of six young people from different countries who were either infected with or affected by the HIV virus. MTV Staying Alive Foundation is now one of the important organizations working to fight this worldwide epidemic. Michael also was a passionate supporter of HIV charity the Terrence Higgins Trust.

Anti-LGBTQ Laws Spread Across The Nation

Michael’s loss in 2016 comes in the wake of heated anti-LGBT sentiment during this presidential election. What happened in North Carolina is deeply troubling for LGBTQ people in that state and around the country. The state legislature has refused to overturn HB2, the discriminatory law that targets LGBTQ–particularly transgender North Carolinians. The law blocks trans people from using the public restroom that most closely corresponds with their gender identity versus the one assigned at birth.

But this isn’t isolated to North Carolina. In 2016, more than 200 anti-LGBTQ bills were introduced to local legislators in states around the country, the Human Rights Campaign reports. So-called religious freedom laws allow anyone, “including government employees, contractors, and for-profit businesses, to act with impunity based on a religious or moral belief objection to LGBTQ people or to sexual relationships outside of a heterosexual marriage.” Many of these bills, facing retaliation from the business community, were tabled or voted down.

However, the electoral win of President-Elect Donald Trump has fostered newfound optimism for those who seek to deny the rights of the LGBTQ community. Following the election, the National Organization for Marriage, the anti-LGBTQ group behind California’s Prop 8, sent out an email to supporters calling it a “bright and exciting timeâ€ for dismantling the basic civil liberties that LGBTQ people hold dear, according to Salon.com. Dan Patrick, the lieutenant governor of Texas, reportedly has made it a top priority in 2017 to chip away at equal protections in the Lone Star State. Patrick was the politician whose Tweet implied the 49 murder victims of the Pulse nightclub massacre got what they deserved.

OverÂ the next four years,Â LGBTQ rights will face a sustained challenge from entities on the far right, according to GLAAD (formerly the Gay & Lesbian Alliance Against Defamation), a non-governmental media monitoring organization. GLAAD also points out that now in Trump’s inner circle are Mike Pence (Vice President), Ben Carson (Housing), Betsy DeVos (Education), and Tom Price (Health and Human Services), all people who’ve made it part of their lives’ work to oppose equality and acceptance for LGBTQ people.

GLAAD warns that “it is critical that we do all we can to protect LGBTQ people’s rights,” noting that no one can afford to be complacent and let misguided lawmakers take away what has been achieved over the past eight years.