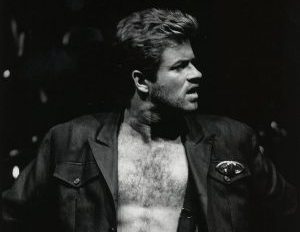 Before his sudden and untimely death, George Michael left a mark on the music industry that continues to influence many current hit makers to this day.

The singer, songwriter, and gay icon was first introduced to the world as the lead singer of Wham! in the early 1980’s. The group receivedÂ global acclaim for singles like “Wake Me up Before You Go-Go,â€ “Careless Whisper,â€ and “Everything She Wants.â€

More than just a pop singer, the music legend influenced artists from all backgrounds, genres, and generations. As a result, many artists, including hip-hop,Â soul, and R&B singers, took to social media to express remorse following news that the 53-year-old “Last Christmas” singer, who ironically died on Christmas day.

R&B soul singer and songwriter, Raphael Saadiq, tweeted about his experience seeing Wham! in concert for the first time:

Remembering 1st Wham show @ the Oakland Coliseum. George Michael will always be remembered in front man history as one of the true artists.

Another beautiful talent taken away. Rest in power @GeorgeMichael. 2016 is just brutal.

R&B singer Miguel, whose sound and style has been visibly influenced by Michael, shared a photoÂ of the late musician on Instagram, along with a caption that included the names of Michael’s popular songs “Faithâ€ and “Freedomâ€:

Meanwhile, R&B superstar Mariah Carey,Â who has been open about Michael’s influence in her career, tweeted a sad farewell message and photo:

George Michael You were such an inspiration. I’m honored to have not only been your fan, but a friend as well. May you rest in peace. pic.twitter.com/jJKSz22fHH

Although BeyoncÃ© didn’t publicly express remorse for the late singer, his influence on her can be seen in her music and style. Back in 2010, she wore an unique motorcycle piece in a photoshoot for her “I Am…Sasha Fierce” album which originally debuted in Michael’s 1992’s “Too Funky” music video.

Here’s the piece that Bey wore for a photoshoot: Plus, Queen Bey was fortune enough to share the stage with Michael’s back in 2009. Watch the two iconic singers perform BeyoncÃ©‘s “If I Were a Boy,” below:

Though his legacy lives on, George Michael is a beloved musical icon that will truly be missed.

Here’s What This College Dean Really Thinks About Diversity