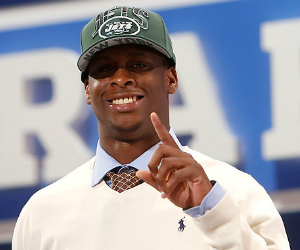 Geno Smith on Wednesday was named the starting quarterback of the New York Jets. Jay-Z is making a splash in the sports arena!

Jay-Z’s Roc Nation Sports has teamed with CAA Sports to create Roc Nation Sports and they have already signed Robinson Cano and Skylar Diggins for starters. Now, New York Jets rookie quarterback, Geno Smith, has joined the roster, it was announced on NFL.com.

Smith, upon dropping to the second round in the recent NFL draft, quickly dismissed his agency, Select Sports, on the belief that he should have been the top pick of the draft.

For CBS Sports Executive Harold Bryant, a Year and Performance for the Ages