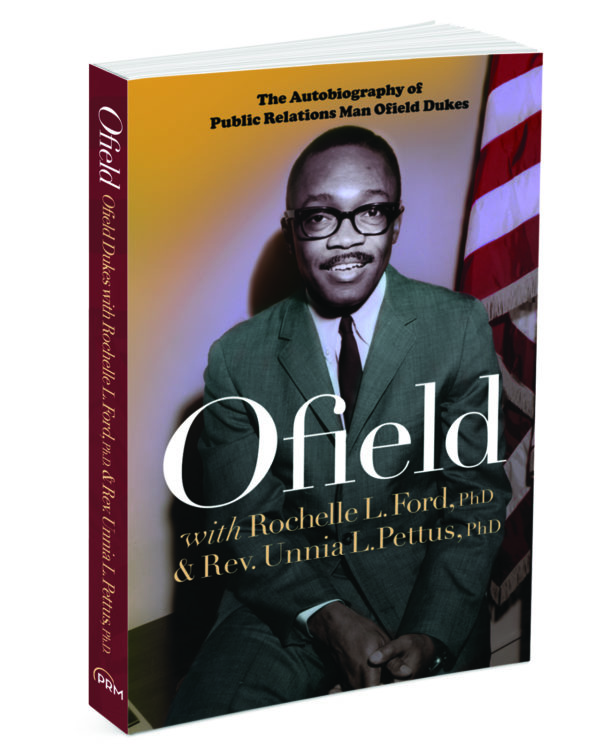 The chances of Ofield Dukes making it into a public relations textbook, much less a history book, were slim—as is the case with many African American history makers. That’s why the public relations pioneer decided to craft his autobiography in the years before his death, this time, instead of telling another’s story, telling his own, his way, with the hopes that it would one day impact those who’ve never heard his name.

Ofield, The Autobiography of Public Relations Man Ofield Dukes (PRMuseumPress, LLC) is the first book to cover any black public relations professional and the first to cover Dukes, the Alabama-born storyteller whose humble beginnings as a paperboy and college journalist eventually led to him becoming one of the nation’s most successful African American public relations practitioners, working with acclaimed names such as Coretta Scott King and Charles Rangel, as well as Diana Ross, Stevie Wonder, and a myriad of other Motown stars.

The PR pioneer was among the most influential people during the Civil Rights era, and was instrumental in making Martin Luther King Jr.’s birthday a national holiday. As the book takes readers through his childhood in Depression-era Detroit living in “Black Bottom” all the way to Washington D.C., where he counseled every Democratic presidential candidate in the ’60s, opened his own public relations firm, and taught at Howard University, we get to see that Dukes was more than a storyteller. He was an activist, a mentor, and a family man.

“His story needs to be told for a multitude of reasons. He really is one of the greatest pioneers and rainmakers in public relations—he made things happen,” said Rochelle Ford, co-author of the book and a former mentee of Dukes who worked alongside him promoting events for clients like the National Newspaper Publishers Association and the Congressional Black Caucus.

“From having the U.S. Equal Employment Opportunity Commission give equal rights to workers, to the King holiday, to the founding of the first Congressional Black Caucus and his organization of Black Press Week—all major things that have had an impact on America and the world, he was there. To some extent he is the Forrest Gump of public relations,” she added.

Among many of his major accomplishments, Dukes was the first African American to receive the Public Relations Society of America Gold Anvil award, the highest in the industry. He received it in 2001, 50 years after the organization formed.

His public relations firm organized a committee to plan the historic March on Washington, which aimed to raise public awareness on legislation introduced by Former Congressman John Conyers Jr. to make Dr. Martin Luther King Jr.’s birthday a national holiday. The success of the march ultimately led to that date’s special designation.

The Man Behind the Pivotal Moments

In the book, Dukes recalls his early experiences as a Detroit Times newspaper carrier and his college career at Wayne State University, financing himself on the G.I. Bill after his stint in the Korean War, to his encounters with all types of racism at every level of his life. He writes candidly and intimately about the lessons he’s learned, the philosophies he’s taken with him at every turn, and the highs and lows of his personal life including his navigating around racial roadblocks, tips on raising kids, and his unexpected public relations career path and accomplishments.

“I wanted to prove that a colored man, a Negro, a Black, an African American could successfully operate in the mainstream of the public relations industry even though the playing field was only somewhat level,” he writes.

He loved to help others, living by the maxim of “what can I do for you” and embodying the golden rule, one important principle he thanks his parents for imbuing into him.

Another valuable lesson Dukes learned and imparted onto everyone he mentored, including co-author Ford and the book’s editor, Rev. Unnia Pettus, was gained from Greek philosopher Socrates who inspired Dukes with his principle: to know thyself.

“Socrates’ message has had a tremendous impact on my life because most often we are introduced to ourselves by others and then go through life needing to be validated by others,” he writes. “A main struggle and effort on my part has been to understand and appreciate who I am.”

And though he accomplished much professionally, his mountaintop experience, according to Rev. Pettus, was being the father of his daughter, Roxi Trapp-Dukes.

He often cited strong family support and the importance of making time for family. Ford says he had the work-life balance that is often spoken of now, masterfully managed.

“I strongly felt that I needed to be as successful as a parent as I was as a businessperson and that family responsibility was of uppermost importance,” Dukes writes.

The Road to Success

Dukes started out as a journalist in college, landing freelance gigs after graduation. He was the first news director of Inkster, Michigan radio station, WCHB, which is owned by Urban One, a BE 100s company. In 2002, Cathy Hughes, founder and president, renamed the building housing WCHB and two other Detroit stations in honor of Ofield Dukes.

He credits his subsequent role as senior editor at the Michigan Chronicle with developing his writing skills, which would later prove useful for his career as a public relations man.

Dukes also founded the Young Adult Division of the Detroit NAACP, where as the head of the job opportunity committee, he led the effort that resulted in the Sears, Roebuck & Company hiring of the first black salesperson, Albert “Al” Dotson, who later became Sears’ first black manager. The committee also helped to elect the first black attorney to the City of Detroit Common Council, William T. Patrick, Jr.

He was led to Washington in 1964 for his role as Deputy Director of Public Affairs of the President’s Committee on Equal Opportunity during the Johnson-Humphrey administration by the fierce persuasion of Attorney Hobart Taylor Jr., an adviser to Former President Lyndon B. Johnson. After that, he was appointed to the staff of Vice President Hubert H. Humphrey, working with him during the 1968 presidential campaign.

Public Relations Path and Laying Down His Legacy

In 1969, he opened his public relations firm, Ofield Dukes & Associates—his first client was Motown Records. At the time, he was the only black PR professional in downtown D.C.

“I always wanted to be my own boss,” he writes while recalling the early struggle to make ends meet as he tried to establish himself as a credible practitioner. “I was on my own payroll at $50 a week…there were days when I did not have 50 cents to catch the bus.”

But he persevered, gaining clients and recognition in D.C. and the public relations world at large.

From there, his legend as a “what can I do for you” type of public relations professional who always sought to provide advice and support for those following in his footsteps was cemented.

“He is an unsung hero. He realized that out of his adversity and struggle, he had to help others,” said Rev. Pettus. “He paid it forward by saying, ‘I’m going to plant seeds as hope and inspiration, where I see a struggle.'” Pettus said she wants readers of the book to not only learn about who Ofield Dukes was, but also to learn about overcoming adversity.

“Read his book and be inspired that you can do even more with less. It doesn’t matter your background, where you came from, your gender, sexuality. Doing more with less you can overcome any obstacle with faith and perseverance,” she added.

Ford calls it a must-read for those who study public relations and Pettus noted that it’s also for entrepreneurs, journalists and anyone curious about hidden historical figures whose stories need to be told.

“In textbooks now, there isn’t anyone of color. Students don’t learn about the “Ofields” and all the black forerunners of public relations. But it’s critical as we diversify the industry and as we try to reach multicultural audiences that we know this history,” Ford said. “He’s someone that we have to know as part of our American history.” 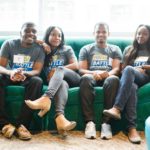 Over $50,000 in College Scholarships at Stake in the HBCU Battle of the Brains 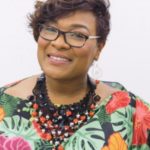 How This Entrepreneur is Motivating Moms to Prepare for Their Future