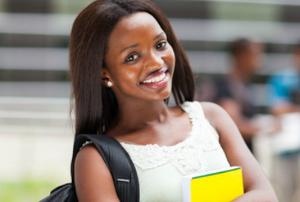 San Francisco mayor Ed Lee and city supervisor Jane Kim announced on Monday that the city would offer free community college to any of its residents, effective this fall. It’s been widely reportedÂ that if you’ve lived in San Francisco for at least two years and you’re a high school graduate, you can enroll at the City College of San Francisco at no cost.

The school has struggled in the past with its accreditation, but Mark Huelsman of Demos says the flow of free money from the city could lead to greater investment.

“If done right, that could be an advantage,â€ he’s quoted as saying on MarketWatch.

Although the San Francisco plan is fairly generous–the city will even offer $500 to full-time students and $200 to part-timers, to help them with transportation costs, books, and other living expenses–what’s less known is that other cities offer a similar deal to their residents.

Called College Promise programs, these are place-based scholarship programs that offer the cost of tuition to students who attend the public schools of a certain location–hence, “place-based.â€

The programs are all over the U.S., but tend to be in areas that could benefit from revitalization. The idea is not only to provide a college tuition assist, but to improve local public schools, cultivate a college-going ethos in a community, and attract good jobs and investment.

The Promise of Higher Ed

It seems to be working.

However, it’s important to note that no two Promise programs are alike, though they all share similarities. For example, all are place-based, and they all rely on an income stream, usually from a wealthy donor–or sometimes several.

Some programs don’t cover the full cost of college; others require that you graduate from high school with a certain GPA. Some also support trade school tuition.

For more information about College Promise programs and to see if there’s one in your area, visit the websiteÂ or Google “college promise programs.â€

One Thing Powerful People Do That Costs Under $10