This Franchise Is Truly 'All About People' 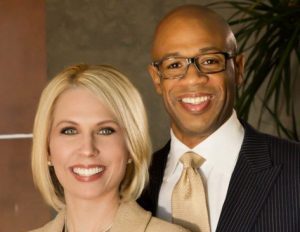 Image: Courtesy of All About People

Charles Mitchell grew up in Raleigh, NC. HeÂ wasn’t exactly sure what he wanted to be when he grew up, but he knew it was going to have something to do with business. After earningÂ his undergraduate degree, he decided to attend law school, because he recognized that a lot of the top CEO’s had law degrees. He began working in the field of corporate law, but eventually realized it wasn’t right for him. Interestingly enough, while working on a major acquisition case, he met the owner of the company that was being acquired. Charles was well aware ofÂ the enormous amount of money the gentleman, who happened to be African American, was about to receive, as a result of the acquisition. Instantly, he realized that he was on the wrong side of the table. That encounter led to Charles’ quest to become a business owner.

Charles’ wife, Sherri, was in the staffing and recruiting industry, working and opening offices for her employers. She excelled at what she did, and both Charles and her employer questioned why she wasn’t running her own staffing and recruiting business. That’s when Charles and Sherri decided it was time–and their company, All About People, was born.

With a lot of hard work and determination, the Mitchells went from zero to $17 million in gross revenue–in three years! They knew then that they had found their calling. After 11 years, they decided it was time to expand in ways they were unable to do before. Franchising was the perfect way to achieve that.

Up until this point, much of their work was virtual and through satellite offices. However, Charles noted that the staffing and recruiting business was very localized, and having offices and owners right in the community was the best way to build a winning business.

Since then, All About People has won numerous awards. Â As a member of a small, exclusive group of African American franchisors, Charles has seen his share of challenges. However, he says that if you have the drive and determination to be successful, you will be, and nothing replaces hard work.

The Mitchell’s pride themselves on putting people–their goals, dreams, and happiness–first. The company philosophy includes ensuring that career seekers gain strength, confidence, and power, and that they are more prepared for their next career move, after working with All About People.

The staffing and recruiting business is a great way to build and give back to communities, particularly in minority communities that desperately need it. There’s no better way to help promote equality in employment, than to be part of the staffing of local businesses.

So, if you would like to own a business that directly impacts people’s vitality and strengthens the community, with an award-winning franchise team behind you, consider All About People. With a cash investment requirement of $300,000 ($160,000 of which is for six months of working capital), you could become one of their semi-absentee owners, with three or more territories netting $740,000 annually. You do not need experience in staffing, as All About People’s training program is extensive, providing pre-training prior to the two weeks of training at their corporate headquarters, three days of on-site support before office opening, and ongoing field visits.

earned a degree in sociology from UCLA with a specialization in urban studies and business. Her first business was a partnership in aÂ small record label right out of college. After working with a few tech startups, she concluded her career in the corporate world with 14 years at Sprint,Â a majority of that tenure as a director in customer and sales operations. Nancy started NValuable Franchise Consulting, in order to provideÂ free consultation, relevant insight, pertinent and candid feedback toÂ her clients, so they are able to confidently purchase the rightÂ franchise. As a result, her clients achieve financial independence andÂ a positive, enduring impact on their families and local communities.
www.nvaluablefranchiseconsulting.com/Â  Â https://twitter.com/N_Valuable

5 Traits that May Hold You Back From Career Advancement