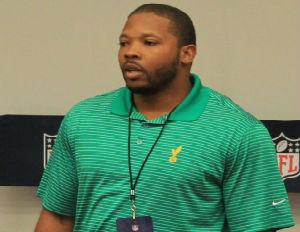 Prior to joining moblHR, Tolver served eight years as founder and CEO of Global Green Enterprises, a company that offers sustainable programs through waste consulting and LED and solar technology.Â He also served for five years as director of boys athletics at Sage Hill School. Tolver was an NFL wide receiver for the Miami Dolphins (2003-04), the Carolina Panthers (2005), and the Dallas Cowboys (2005-6). He also played in the Canadian Football League with the Calgary Stampeders (2007) and with the Arena Football League’s Los Angeles Avengers (2008).

Tolver earned his bachelor’s in business administration and information technology from San Diego State University, where he achieved all-American status as part of the San Diego State Aztec football team.

With a focus on entrepreneurship, despite success as an athlete, Tolver was both a participant in and speaker at the NFL’s Business Management and Entrepreneurial Program at the University of Notre Dame. The program allowed him to take his company, Global Green Enterprises, to successful heights.

“I really got a good feel for what it means to start a company from the ground up and how to acquire capital, and the ability to network with former players, current players, and the Notre Dame entrepreneur network,” he said. 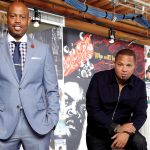 Marketing and Advertising Trends to Watch in 2016