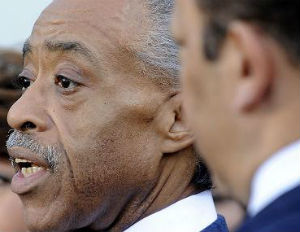 A new report by MSN’s Money Now blog says that National Action Network (NAN) is still mired in a potentially devastating financial predicament despite two contrasting phenomenons: its quest for justice for Trayvon Martin and the emergence of its leader — the Rev. Al Sharpton — as a media figure with a growing national profile.

NAN in 2012 expressed confidence its tax issues and debt were going to be resolved.

“Since February 2010, the Organization has been in the process of negotiating an offer in compromise to settle all payroll taxes and related interest and penalties owed by the Organization to the Internal Revenue Service,” it said in 2012. “The Organization feels that the likelihood of a favorable outcome is highly likely.”

Sharpton founded the National Action Network (NAN) in 1991, but it has been dogged by financial woes for years. He has loaned money to the New York-based organization, which has a deficit of more than $1 million. The filings indicate those loans stand at about $111,000. The New York Post, which reported on Sharpton’s money woes in 2011, quoted National Action Network executive director Tamika Mallory saying the group’s board of directors had voted to “resolve” its tax issues. Apparently, that hasn’t happened yet.

Power Women: It’s Realistic to Get What You’re Worth