The for-profit education sector is a multi-billion dollar industry. In 2009, students attending for-profit institutions received more than $24 billion in federal grants and financial aid. According to the Education Department, their enrollment soared to 3.2 million during the 2008-09 academic year, an increase of 20% over 2007-08 and more than 60% since 2004-05. Close to half of students attending for-profits are minorities.

Proponents of career colleges, as they also are known, say that the institutions are a boon to low-income and nontraditional students who might not otherwise be able to pursue higher education opportunities. They are more accessible than traditional universities and colleges, and provide the flexibility that many students need to balance work, family and school.

For the several months, however, for-profits have been under investigative fire for aggressive recruiting practices and high student-loan default rates. Although they enroll approximately 12% of college students, they represent 43% of student loan defaults. Critics have likened them to predatory mortgage lenders, saying that for-profit graduates have little to show for their education investment except enormous debt. Minorities, who are often first-generation college students, are particularly vulnerable.

Following much heated debate, the Education Department is expected implement a “gainful employmentâ€ regulation that will go into effect in July. The proposed rule seeks to hold for-profit and postsecondary vocational institutions accountable for ensuring that graduates are adequately prepared for the workplace and not overly burdened with debt. They would be required to provide prospective students with graduation and job placement statistics for each program that qualifies for federal student aid, and provide the department with information about student debt levels and incomes earned after program completion. Programs also will be required to provide five-year enrollment projections; documentation from employers unaffiliated with the institutions that their curriculum is aligned with the industry’s needs; and show that there is a demand for occupations in the programs already offered before new programs can become eligible for such aid.

Milton Anderson, Jr., president of Virginia College in Jackson, Mississippi, says that the gainful employment rule is grossly unfair and will force a disproportionate number of African Americans to forego higher education.

“There are some bad actors in our system, but the majority educates students and gets them out into the workplace where they become gainfully employed taxpayers,â€ Anderson said.

He also argues that the rule should not be limited to for-profits and should be applied on a case-by-case basis. Rev. Jesse Jackson, Sr., National Urban League president Marc Morial, and some members of the Congressional Black Caucus also say the rule is both drastic and harmful to economically disadvantaged and minority students. The industry has launched a massive lobbying and advertising campaign to fight the rule, and has hired former members of Congress, including William Gray (D-Pennsylvania), who previously served as president and CEO of The College Fund/UNCF. 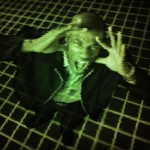