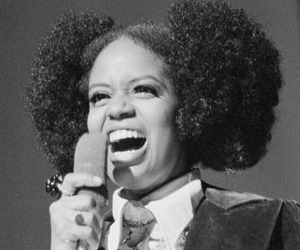 Singer Fontella Bass,Â  who scored a 1965 hit, “Rescue Me,” died last Wednesday at the age of 72. According to her daughter, Neuka Mitchell, she died in St. Louis from complications of a recent heart attack.

Ms. Bass stated that she helped write “Rescue Meâ€ and was deprived of credit and songwriting royalties. After hearing Rescue Me in an American Express commercial in the 90s, she began to press for remuneration for her work and sued American Express in 1993, and received a significant settlement.

“It was as if the Lord had stepped right into my world,â€ she told Newsweek in 1995. “I looked around and got back my royalties. I started to go to church every Sunday. And that’s what saved me.â€

Read the full story on The New York Times

Queen Latifah Decoded: The Grammy-Winning Rapper Turns into a CoverGirl