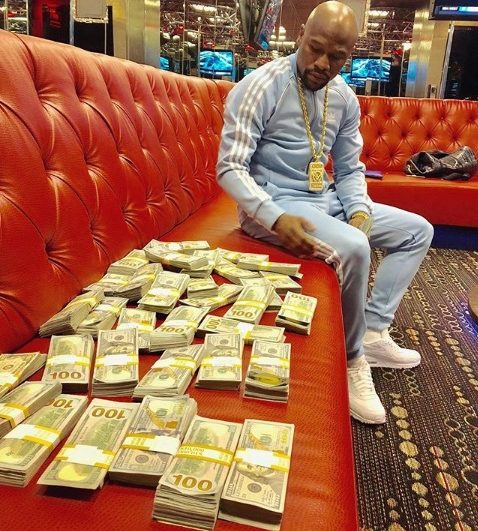 Known for his unbeatable boxing record (50-0), his astounding net worth of an estimated $1 billion, and his excessive spending habit, it comes with little surprise that Floyd “Money” Mayweather recently purchased an $18 million watch. The retired heavyweight boxing champ took to Instagram on Wednesday to flaunt his latest absurdly extravagant purchase: “The Billionaire Watch.” Designed by Jacob and Co., the blinged out watch is made of 18-carat white gold and 260 carats of emerald-cut diamonds. Each stone is around 1.5 carats.

“This my new timepiece, it’s called ‘The Billionaire Watch,” Mayweather bragged in the caption of an Instagram video. “If you don’t know about it, google Billionaire Watch. That’s $18 million on the price tag.”

But if you think that’s over-the-top for the legendary boxer, think again—it only adds to his collection of ridiculously priced items. Here’s a list of seven of the most ostentatious things Mayweather has ever purchased.

Money Mayweather admitted on Jimmy Kimmel Live! to once owning a Brink’s truck that he used to haul large wads of cash. The armored truck was reportedly worth $2 million and included a full master suite, a living and dining room, a bathroom, and a kitchen. He told Kimmel that he eventually sold the truck to “another guy who loved money.”

Not One, But Three Private Jets

In February, the superstar fighter treated himself to another private jet as a birthday gift, bringing his total to three. The lavish aircraft—which looks a lot like the $60 million Gulfstream G650—comes with leather seats, chrome interior, and several flat-screen TVs.

According to Business Insider, the flamboyant fighter paid his former personal chef, Chef Q, $1,000 for every plate she prepared. Mayweather also implied that Chef Q gave him a discount although her meals are worth $1,000 each.

In May, Mayweather claimed that his dog was wearing “red bottoms,” a signature shoe made by luxury designer Christian Louboutin, reports TMZ. Louboutin shoes typically range anywhere from $600 to $5,000 for humans.

A Fleet of Luxury Cars

The retired boxer owns a collection of lavish cars, which includes two Bugatti Veyrons, a Rolls-Royce Ghost, a Ferrari 599 GTB, and the Koenigsegg CCXR Trevita “hypercar” worth $4.8 million. Mayweather claims that he owns one of only two models ever made by Koenigsegg.

Back in 2013, Mayweather reportedly spent $150,000 during a night at the famed King of Diamonds gentlemen’s club in Miami.

A 30-Carat Diamond Ring for His Teen Daughter

The undefeated boxer gifted his teen daughter with an enormous 30-carat diamond ring designed by Pristine Jewelers for her 18th birthday. The president of Pristine Jewelers and creator of the ring told The New York Post that “the center is an 18-carat canary yellow [diamond]. It’s mounted in platinum. Each stone around is a carat and a half. There’s eight of them.” 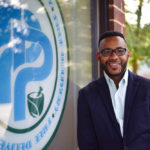 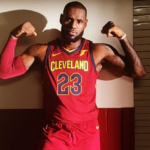