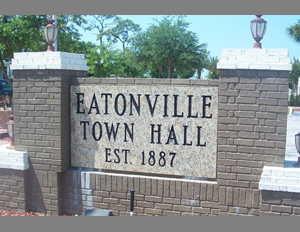 Officials in Eatonville, Florida, recently announced plans to build an $8 million African American History and Heritage Museum in its downtown area. The museum is set to “to collect and preserve the heritage and history of the region’s population of African descendants,” according to a statement.

The plans include 124,000 square-foot facility located on the 100-acre Hungerford school site owned by Orange County Public Schools, according to reports.

“I’m very excited about the opportunity. I believe they will be very receptive to it,â€ Grant said. His hopes are to break ground in five years.

The town reportedly has School Board permission to find a buyer for the site, and a qualifications request is expected to be issued soon. The town’s mayor indicated it would be expected that any potential developer would incorporate the museum and center into their plans.

“The developer can be as creative as they want to be,” Grant told the Orlando Sentinel. “There will be great flexibility.”

He added that an advisory task force of Eatonville residents, along with tourism and development experts would be formed to strategize about fundraising sources and solutions.

School district general counsel Woody Rodriguez said the process for choosing qualified developers could take 30 to 60 days, and the process of sifting through proposals to choose a developer would take another 60 to 90 days.

If completed, the museum will be the largest research center on African American history in Florida.

Top 10 States Where African Americans Are the Most Politically Engaged