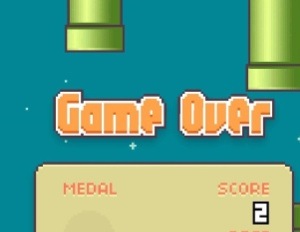 Dong Nguyen's Flappy Bird made an estimated $50,000 per day after languishing in the App Store for months.

Didn’t get a chance to check out the simply addicting mobile game, Flappy Bird?

Well if you can wait a while longer, it’ll be back in the App Store, according to its creator, Dong Nguyen.

Nguyen made headlines this year for releasing the NES-inspired viral hit ‘Flappy Bird’ that went from an unknown app to an international sensation.

The 28-year old programmer in Hanoi, Vietnam, was raking in serious cash thanks to the game’s in-app advertising.

He reported making over $50,000 every day from it before deciding the payout wasn’t worth the stress.

His health and privacy both suffered, and because of that, Flappy Bird was removed from the App Store. Rolling Stone interviewed him to ask if he’d ever bring it back. Surprisingly, he said maybe, but with a warning to take frequent breaks.

But today, after a Twitter user asked if he’d bring it back, he said “Yes. But not soon.” You can see the tweet below.

@painfullpacman Yes. But not soon.