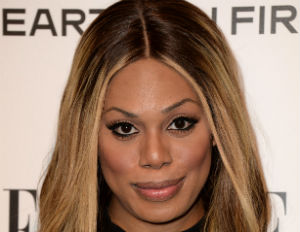 “We believe in the old-school thought; that fashion is a business, and it is not all about the runway show.Â Everyone wears and rocks different styles. Fashion is for everyone and should be able to be found on any main stage runway across the world,â€ says Chunn.

Chunn told BlackEnterprise.com, “I have partnered up with some amazing businesses, people, and charities in the past–including Impact Broadway–to create this wonderful, seven-day event.â€

The show will be housed at the Harlem Skin & Laser Clinic, a local, black-owned, full-service, skin and laser clinic, which also provides services for the LGBTQ community.

MVC will work with LGBTQ designers for the runway show.Â Three agencies will help supply the models, including Trans Models New York, which was founded by PÃªche Di, a model, activist, fashion videographer, and entrepreneur from Bangkok, Thailand. Di appeared on U.S. reality TV shows, including Bravo’s New York Million Dollar Listing, and in the film, Money Monster, directed by Jodie Foster. Di’s latest venture is Teadate, is the first transgender dating app out of Silicon Valley.

“I have used trans models in some of my NYFW shows in the past, such as the fabulous Tyra Allure and the late icon Octavia St. Laurent, who was seen in the legendary film Paris is Burning pursuing her dream of being a fashion model. But, because of the times we were living in, they had to pass for genetically born women,â€ adds Chunn, who is also the Co-founder of the My True Colors Festival for LGBTQ playwrights and filmmakers.

The trans community is not a fad, but a reality. “Take a look around the globe.Â In a predominantly Catholic country where abortion, divorce, and same-sex marriage are banned, the Philippines elected its first transgender person to congressional office,â€ Chunn explains.

“Geraldine Roman will represent the Bataan province,Â which is just north of the capital city of Manila, in the country’s lower house.Â She is part of a political dynasty, in the country where her mother occupied the seat before her, and her father before that.â€

How to Let Go, Move On, and Find Love When You Do It All

#FridayFitness: Resistance Training Is the Fountain of Youth