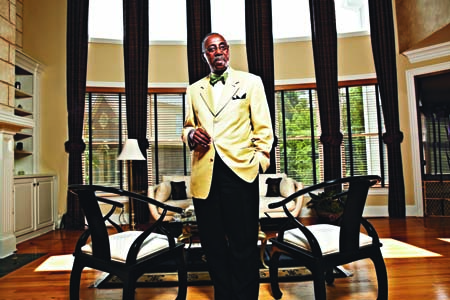 Joining the Chrysler Group in the late ’80s W. Alvin Jackson flourished for nearly 35 years on the corporate side of the automotive industry. Then in 2005, Jackson came to a crossroads. Industry growth had slowed, oil prices rose, and Jackson was entering his mid-50s. Offered an early retirement package, he accepted, realizing that the alternative could be a layoff. “But I was too young to sit down and do nothing,â€ he says. “I wanted to pursue other things.â€

No one knows how many career changes the average worker makes, though according to the Bureau of Labor Statistics, as of 2010 the typical American worker stayed with one employer for 4.4 years. The recent economic downturn, however, may have made career change more common. A variety of situations can prompt an adjustment in your career–relocation, the desire for more responsibility or greater work-life balance, job dissatisfaction, not fitting in with the workplace culture, or feeling like you’re at a dead end–but massive downsizings and layoffs have forced many to reconsider their current positions at work.

In 2006, Jackson moved from West Bloomfield, Michigan, to Atlanta to become owner and operator of PRstore Buckhead. The franchise specialized in providing public relations, advertising, and marketing-related services and materials to small and medium-sized businesses, allowing Jackson to capitalize on his operational and marketing expertise. “In the first few years the business did extremely well,â€ he says. “I had up to 350 clients and revenues reached nearly $400,000.â€ But by 2009, the effects of the recession had hit Jackson’s client base. “Unfortunately, the economic crisis forced me to shut the store down. A lot of my clients ended up closing or could no longer afford to do marketing and advertising.â€

Got Fired? Hereâ€™s Advice from Someone Who Was Downsized and Thrived