I have never been a fan of the old saying, “Desperate times call for desperate measures.â€ Too often, I’ve found that acts rooted in desperation cause seemingly rational people to sabotage their future. Yes, it’s true; we’re coping with the most hostile economic environment our generation has ever faced. Today’s tough economy, however, is no excuse for making decisions that may ultimately wreck our long-term financial health.

Panic-stricken investors over the past several months have caused me serious concern, especially regarding the wealth-building prospects of African Americans. Too many of us have taken a knee-jerk, half-baked approach to financial management that will inevitably result in catastrophic consequences. In fact, I found a recent study from the Ariel Education Initiative, the nonprofit arm of one of our leading be asset managers, and consulting firm Hewitt Associates to be deeply troubling.

In a survey of roughly 3 million employees, researchers discovered that regardless of age or income, African Americans and Hispanics have the lowest participation and contribution rates to 401(k) plans. The study revealed that 66% of African Americans and 65% of Hispanics join such employee savings plans compared with 77% of whites and 76% of Asians. Moreover, Asian and white employees contributed 9.4% and 7.9% of their income, respectively, while Hispanics and African Americans invested 6.3% and 6%, respectively. Obviously, this trend meant smaller account balances for African Americans across all income levels: Black employees who earned between $30,000 and $59,999 held an average balance of $21,224, while their white counterparts had balances of $35,551; blacks who earned $120,000 or more saved $154,902 compared with $223,408 for white workers in the same pay range. The Ariel/Hewitt study also showed that African American workers are less likely than Hispanics, whites, and Asians to invest in equities; more than twice as likely as other workers to take hardship withdrawals; and two out of five borrowed from their retirement accounts compared with just one out of five white workers. [For more on the study, read Mellody Hobson’s “Total Return” column in our next issue.]

The bottom line: We are placing our financial security in jeopardy. According to Rethinking Retirement, a UBS/Gallup Index, Americans must engage in long-term strategic planning because, assuming that you leave the world of work at age 65, you should expect to spend at least 18 years in retirement; to pay more for healthcare; and to have a less secure income than previous retirees. In addition to losing 35% to 45% of a 401(k) withdrawal in taxes and penalties, you significantly compromise your retirement plans when you pull money out early and you increase the risk that you’ll outlive your assets.

My overall suggestion: Stop panicking and get back to basics. Use this time to re-evaluate your portfolio and recommit to sound, time-tested investment ideas. Embrace our Wealth for Life Principles, notably No. 6: I will devise an investment plan for my retirement needs and children’s education; and No.7: I will ensure that my entire family adheres to sensible money management principles.
Furthermore, keep in mind that maintaining a well-balanced portfolio is not a sprint; it’s a marathon. As I have often stated, engage in intelligent investing for the long haul. That means identifying quality stocks, adopting a buy-and-hold strategy, and continually monitoring your collection of assets. And don’t sit on the sidelines–investing in equities has always been preferable to running scared. According to a Schwab Center for Investment Research study that reviewed investment patterns from 1926 to 2005, holding solid stocks over a 20-year period has never produced a negative result.

Acting impulsively may offer short-term relief but it’s just as likely to produce long-term pain. Consult a professional and take the proper steps to get your finances back on track. I guarantee that mapping out a comprehensive financial plan will remove you from the ranks of the desperate and position you for a comfortable retirement.

This article originally appeared in the September 2009 issue of Black Enterprise magazine. 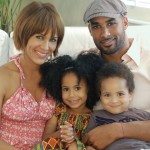