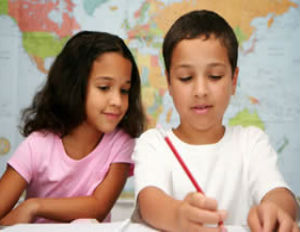 The for-profit college industry is basically a legal scam.

It’s criminal that federal financial aid–which is supposed to help low-income students finance their education–ends up lining the pockets of for-profit administrators.

Students at for-profit schools, many of them black and Hispanic, are left saddled with debt but few employment prospects. Many are considered worse off than if they had never attempted to get an education.

But some for-profit models may work successfully–by offering a way to develop an in-demand, marketable skill set at a relatively low price.

An article in the Economist examines computer coding boot camps, so called because the course of study is brief and intense. Students complete three- to six-month courses and afterwards land high-paying jobs.

Coding boot camps are attractive to students because they are also low cost: between $10,000 and $20,000, compared with a degree program that could cost hundreds of thousands of dollars or more.

According to the Economist article, last year 16,000 students graduated from such boot camps, a 138% increase from the year before.

Black Enterprise has written before about people who’ve left their jobs, taken a coding course at a boot camp, and then gone on to earn a much higher salary.

To provide access to students who need funding, the U.S. Department of Education last year announced a pilot program that would make federal funding available to “nontraditional providers,â€ like these boot camps.

But is this a good idea?

The Economist argues that it isn’t–and I’m afraid I agree.

Although I love the idea of increasing access for low-income students, the debt financing model isn’t a good one. Even for students attending traditional nonprofit schools, the debt burden falls disproportionately on black and brown students, which could have long lasting implications for wealth building along racial lines, as Demos has reported.

The boot camps will be partnered with accredited colleges, however; so if students attending these schools could attend boot camps as an add-on to the education they’re already receiving, I think that could work.

But offering financial aid to low-income students just to take one of these crash courses may not be a good idea. Increasing the profit motive in the industry may cause quality to suffer, and as with most of the for-profit education industry, it could provide just another avenue for poor students to end up deeper in debt.

‘The N-Word,’ Money, and Motherhood