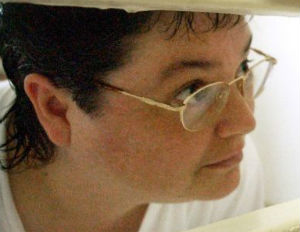 Wednesday, at 12:21 a.m. EST, the state of Georgia executed their first woman in 70 years, Kelly Renee Gissendaner, despite pleas from family and officials.

Gissendaner was convicted of orchestrating the 1997 murder of her husband, Douglas Gissendaner, with her then lover and was sentenced to death.

[Related: Report: All 6 Death Row Inmates Exonerated in 2014 Were Black]

Prior to Wednesday, Gissendaner’s execution had been postponed twice, once in February due to inclement weather. And again, a few days after, due to cloudy lethal injection drugs. According to CNN, only 15 women inmates have been put to death in the United States since 1976. The last woman to be put to death in Georgia met her fate by electric chair in 1945.

Pope Francis weighed in, via letter, on the execution of Gissendaner stating, “while not wishing to minimize the gravity of the crime for which Ms. Gissendaner has been convicted, and while sympathizing with the victims, I nonetheless implore you, in consideration of the reasons that have been presented to your Board, to commute the sentence to one that would better express both justice and mercy.”

This plea seems to have fallen on blind eyes.

In addition to Pope Francis’ plea, over 90,000 people signed a petition urging Georgia State Governor, Gov. Nathan Deal, not to execute Gissendaner, citing that she turned her life around. Her lawyers argued that her sentence was disproportionate in comparison to her co-defendant Greg Owen, who went on to testify against Gissendaner and later accepted a plea bargain for life in prison as opposed to the death penalty.

Feel free to read more on the conviction and execution of Kelly Gissendaner at cnn.com.