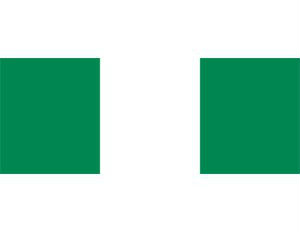 After putting up arguably the best showing of all the African teams that made it into the 2014 World Cup in Brazil, it was announced on Wednesday that Nigeria has been suspended by FIFA, the governing body of international soccer, from participating in international competitions.

The ban comes on the heels of a warning from FIFA to reinstate the Nigerian Football Federation (NFF) committee. Nigeria had scuttled the NFF and replaced it with a sole administrator.

This means that no Nigerian team, including clubs can play internationally. It also means the African nation will not participate in the upcoming Under-20 Women’s World Cup, which starts on August 5 – should the suspension not be lifted by July 15.

According to the BBC, “Nigeria’s government had said their move was essential while legal proceedings against the country’s football authority were ongoing, with NFF president Aminu Maigari arrested upon his return from the World Cup.”

FIFA issued this statement, “During the period of suspension, the NFF may not be represented in any regional, continental or international competitions, including at club level, or in friendly matches.”

Currently African champions, Nigeria reached the second round of the World Cup in Brazil for the third time in national history. They also made it that far in 1994 and 1998.

Consumer Tip of the Day: Get Complaints Resolved via Social Media

Jay-Z Being Sued By Former Engineer