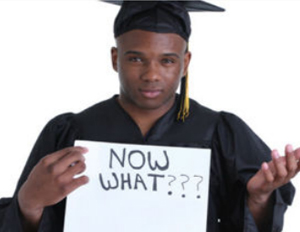 July brings summer fun and sandy beaches, but it also means new changes are on the horizon for new federal student loans.

Next month, borrowers will face higher interest rates on new student loans. Thankfully, The Institute for College Access and Success‘ (TICAS) Project on Student Debt has put together a chart with interest rates, loan amounts, and other information about federal loans issued for the 2014-2015 school year.

Last year, Congress decided to change the interest-rate rules for federal student loans. Now, rates for new loans are set each year based on the 10-year U.S. Treasury note rate in the spring of that year plus a fixed percentage that changes depending the loan type. Those rates stay the same throughout the life of the loans.

“Federal student loans are still the safest way to borrow for college, with fixed rates, flexible repayment options like income-based repayment, and consumer protections like discharges when schools close. But with interest rates on the rise, federal loans are expected to cost students and families more over time than if Congress had simply left them alone last year. Without clear information about the benefits of federal loans, news of rising rates may lead more borrowers to take on much riskier private loans instead,â€ Said Lauren Asher, TICAS president, in a statement.

This year, the rates for new loans are lower than if Congress had let the old rules remain the same. However, starting next July, the rates on some loans might be higher than under the previous law.

The Institute for College Access and Success notes that July’s changes do include some good news:

– New subsidized loans won’t accrue interest during the six-month grace period before the first payment is due.
– The maximum Pell Grant will increase by $85 to $5,730 (up from $5,645).

Read on for the TICAS summary Federal Student Loan Terms for 2014-15.

The Sports RÃ©sumÃ©: Is Functional or Chronological Best?