The saddest stories among those who owe some of the $1.3 trillion in student loan debt are those of college dropouts. They took out loans to go to school, hoping for a better life. But without college degrees, many don’t find good jobs to help pay back these loans. It not only ruins their lives, it’s terrible for the nation’s budget. The loans are financed by the federal government, ultimately leaving taxpayers on the hook.

Which schools are leaving taxpayers and students in the lurch most often? I ran some calculations, using the latest data, released in September.

The U.S. Department of Education’s College Scorecard tracks the number of students who dropped out with debt for each college and university in the nation. My figures show a total of 3.9 million undergraduates with federal student loan debt dropped out during fiscal years 2015 and 2016 (from mid-2014 through mid-2016).

I found that more than 900,000 of these students dropped out of for-profit universities. That’s 23% of all the indebted dropouts, even though only 10% of all undergraduate students attend for-profit schools. Many more indebted dropouts, almost 2.5 million of them, had attended public institutions, such as two-year community colleges and four-year state schools.

“It’s a significant problem,” said Sandy Baum, an expert on higher education finance at the Urban Institute, a research organization in Washington, D.C. “We want to know who is creating these people and putting people in this untenable situation.” 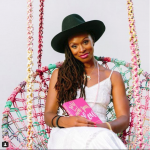 Successful Doula on Why Starting a Business Is Like Giving Birth 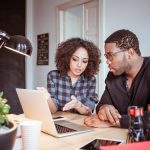