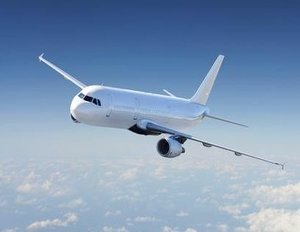 The FBI says a computer expert briefly hacked into a plane’s in-flight entertainment and caused it to fly sideways.

According to NBC News, Chris Roberts–CTO and founder of One World Labs–allegedly told FBI agents that he connected his computer to the plane’s in-flight entertainment system and overwrote code to take control of the thrust management system, according to a search warrant that was filed last month in a Syracuse, N.Y., federal court.

“[Roberts] stated that he successfully commanded the system he had accessed to issue the ‘CLB’ or climb command,” FBI Special Agent Mark Hurley wrote in the warrant application, according to NBC News. “He stated that he thereby caused one of the airplane engines to climb resulting in a lateral or sideways movement of the plane during one of these flights.”

USA Today notes that Roberts made news in April, when he was told he couldn’t fly United Airlines because of a tweet he posted about whether or not he could hack the flight’s onboard computer settings. According to the paper, he allegedly told the FBI that he had hacked into planes “15 to 20 times” between 2011 and 2014, though the exact date of the flying-sideways incident has not been revealed.

And senior law enforcement officials have said there was no evidence that confirmed Roberts had been able to carry out his detailed, step-by-step process (read here) to access the plane’s computer through its in-flight entertainment system, according to USA Today. Â The official was not authorized to speak publicly.

“While we will not comment on specific allegations, there is no credible information to suggest an airplane’s flight control system can be accessed or manipulated from its in flight entertainment system. Nevertheless, attempting to tamper with the flight control systems of aircraft is illegal and any such attempts will be taken seriously by law enforcement,” the official said not authorized to speak on the matter.

Far from being the first incident aboard a plane, it is one that might add to already existing discomfort or fear for some passengers, and makes sense why some airlines are encouraging website hacks–though plane hacks don’t appear to be happening anytime soon.

[VIDEO] The Weekend Update: May 18th