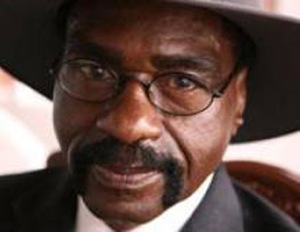 According to CNN, former boxer, Rubin ‘Hurricane’ Carter has died at the age of 76 from complications from prostate cancer.

Carter spent 19 years in prison until 1985 after a federal judge ruled that he and John Artis, did not receive fair trials for a triple killing they were accused of committing. Denzel Washington portrayed him in the 1999 film, The Hurricane. “God bless Rubin Carter and his tireless fight to ensure justice for all,” Washington said Sunday.

“Hatred and bitterness and anger only consume the vessel that contains them. It doesn’t hurt another soul,” Carter told CNN. “If I were to allow myself to continue to feel that anger and the bitterness of being a victim, I would have never survived prison itself. Prison can deal with anger; prison can deal with hatred because prison is about all those things. So I had to overcome those things.”

‘Eye of the Hurricane: My Path from Darkness to Freedom,’ is the title of his 2011 book.