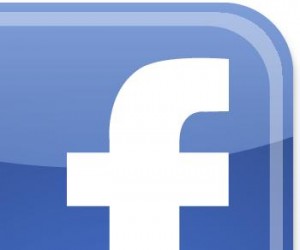 Technology billionaire and Dallas Mavericks owner Mark Cuban recently discussed his frustration and displeasure with Facebook. Two weeks ago Cuban tweeted out a screen shot regarding an offer to use Facebook’s new promoted posts service. The social network wanted to charge him $3,000 to reach 1 million people. Cuban captioned the screen grab, “FB is blowing it? This is the first step. The Mavs are considering moving to Tumblr or to the new MySpace as primary site.â€ Now Cuban is putting his money where his mouth is, not only with the Mavs but with the 70 or so companies in which he has invested.

“We are moving far more aggressively into Twitter and reducing any and all emphasis on Facebook, ” Cuban said. “We won’t abandon Facebook, we will still use it, but our priority is to add followers that our brands can reach on non-Facebook platforms first.â€

Cuban is part of a growing number of corporate and business Facebook members complaining about new rules on the social network that make it harder to reach people without shelling out big money on sponsored posts which often garner subpar results.

Marc Canter, the developer who helped found Macromedia and an advocate for the free and open web praised Cuban’s decision. Canter uses the term “Like-gateâ€ to describe the situation in which Facebook charges brands and individuals to communicate with the audiences they’ve already spent time building.

“They think it’s perfectly fine to have Facebook’s paywall charge brands to sneakily insert ads which look like stories into users’ activity streams. This is because these people don’t really believe in the free and open web,â€ Canter says.

Some believe that Facebook’s attempt to force brands to spend more on sponsored posts is an attempt to crank up its revenue, especially since its stock price has collapsed more than 50% since it’s initial public offering earlier this year.

Cuban says he has no choice but to explore other channels for audience engagement.

“It’s not feasible yet, but we have no choice but to continuously evaluate alternatives. We have already pushed more to Twitter. The new MySpace looks promising. And Instagram and Tumblr and others are much more open and are getting more of our attention. The big negative for Facebook is that we will no longer push for likes for subscribers because we can’t reach them all. Why would we invest in extending our Facebook audience size if we have to pay to reach them? That’s crazyâ€

Cuban said a better way for Facebook to charge brands to reach their fans would be to ask for an upfront or monthly fee so companies can avoid the hassle and attention that comes with paying for each promoted post.