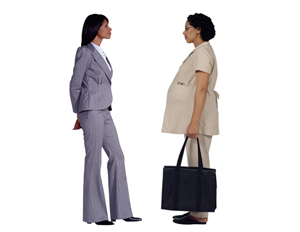 It looks as though two of the biggest companies in Silicon Valley have made a bold move that sets them a part from other companies when it comes to appealing to female employees.

Recently, Facebook has started to cover the cost for egg freezing, with Apple making plans to follow suit in January reports NBC News. The two companies have agreed to cover the cost for female employees to put their fertility eggs on ice until they are ready to become parents. The typical price for this procedure can cost at least $10,000, plus an additional $500 or more annually for storage.

Since tech still is a highly competitive, male-dominated field, many females are putting off their childbearing years to devote attention to their careers, thus a bold move to protect their rights to have children when they choose can be very appealing to working women.

With studies showing that women over 35 are having their first birth at a rate nine times higher than women 40 years ago, do you agree with Facebook and Apple’s recent move to cover the cost of egg freezing?

Take our poll below, leave comments in the inbox or #Soundoff with your opinion on Twitter to @BlackEnterprise.

Female Leaders Winning: Johnnetta B. Cole, a Leader in Education