What the European Debt Crisis Means for Your Investments - Black Enterprise 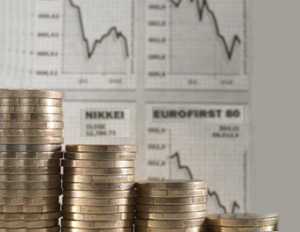 Investors will continue to face off-the-charts volatility. Many reeled from yesterday’s market activity as global markets plunged in response to the alarming European debt crisis.Â  The performance of all three major indices was their worst in the past few months. The S&P 500 index suffered one of its biggest drop since August, sliding 3.7 % to 1,229. The Dow Jones Industrial Average dipped 389 points–its worst one-day loss since Sept. 22–to 11,781.Â  And the tech-driven Nasdaq composite index fell 3.9% to 2,622. The decline erased gains etched out after a two-day winning streak.

The culprit: news that the crisis spread to Italy, Europe’s third largest economy. For the first time since joining the 17-nation Euro currency zone, the interest rate that Italy must pay to borrow money rose more than 7% for 10-year bonds, putting into question the country’s viability as it goes through a major transition in political leadership and proposed austerity measures.

Worries over Greek debt have increased volatility in the financial markets for the past year and that country’s bailout has been a long, arduous process. At $2.6 trillion, Italy’s debt is much larger than than that of Greece and two other troubled European countries that had to be rescued–Portugal and Ireland. The challenge: Unlike those smaller economies, Italy is viewed as too big for the same type of international bailout but too big to default. Analysts and government leaders agree that international intervention is imperative.

But on Thursday morning, the markets staged a comeback. The yields on Italian 10-year bonds dropped to 6.93% helped by secondary-market purchases by the European Central Bank–an action that steadied European markets. And U.S. stocks regained momentum after Standard & Poor’s maintained France’s AAA credit rating. By mid-day, the Dow was up 118 points, the S&P 500 rose 6.58 points, with energy stocks as top performers and tech lagging among its 10 major sectors, while the Nasdaq Composite fell 2.71 points.

Expect more market turbulence as the European scenario–and other major economic and financial events play out.

Europe represents more than 25% of the world economy. The financial crisis continuing to spread to other parts of the continent would be disastrous since its our largest trading partner and, in turn, such activity would affect business and employment on our shores.

Analysts from Moody’s Investors Service, one of the leading ratings agencies, recently announced it was concerned that the U.S. economy could be hurt if this catastrophe. The situation, they assert, would be similar to the aftermath of the 2008 bankruptcy of Lehman Brothers in which banks suddenly became less willing to lend to each other, creating a credit crunch for companies and individuals.

Don’t expect an American bailout as we grapple with our own sluggish economy. For example, President Obama has not commented on recent developments since he appeared at the G20 Summit in Cannes, France last week, urging European leaders to take “bolder action” to avert contagion. And when asked about Europe’s woes during the GOP debate last night, Republican presidential candidates were emphatically against any direct aid to stem the crisis. Mitt Romney‘s comment mirrored the sentiment of others: “Europe is able to take care of their own problems. We do not need to step in to bail out banks in Europe or here in the U.S. that may have Italian debt.”

In such a tumultuous environment, what should you do as an investor? I suggest you continue to follow the advice we offered in the Money section of our October issue. the strategies include:

These are but a few approaches to bolstering your investments. Remember: Monitor, don’t ignore, the financial markets and make adjustments to your portfolio. Avoid your own investment crisis but not letting volatility force you to make a hasty exit from the market.

10 Most Shopaholic Cities in the US