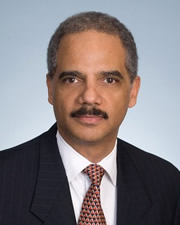 This places Holder at the center of the current clashes between the press and the government. The warrant he signedÂ named Rosen as a “co-conspirator” ineric a leak investigation andÂ approved the tracking of Rosen’s movements in and out of the State Department, as well as his communications with his source, Stephen Kim.