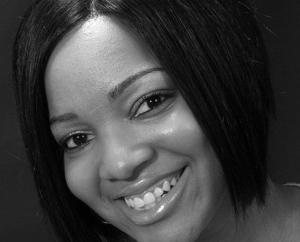 Some say print media is as dead as disco; but don’t tell that to Brittany K. Earls. Taking her best shot at magazine mogulhood at a time when many publications are slashing staff or shutting down, Earls, now 25, launched Genesis in October 2009—and has never looked back.

Well, for the most part, anyway. “I have second thoughts every day!â€ she says. But so far, her plan appears to be working. Genesis celebrates driven achievers across all walks of life – entrepreneurship, the arts, philanthropy. Its slogan is “Be the Firstâ€ (get it?), and many of its profile subjects are young, admirable self-starters who bear a certain professional resemblance, it’s hard not to notice, to Earls herself.

A native of Gainesville, Georgia, and a graduate of Georgia State University, Earls relocated to New York – “always my dream city to move to,â€ she says – on New Year’s Day 2010, just months after her debut issue hit newsstands. “Twenty-four of our 30 advertisers were NYC-based,â€ she explains. “I quickly took the hint.â€

Today, Genesis has offices in Manhattan and Atlanta, and boasts a circulation of 100,000 digital readers and – no small triumph in 2011 – 40,000 readers of the print edition. In recognition of both her achievements and her promise, the nonprofit foundation 100 Urban Entrepreneurs recently brought Earls into its funding-and-mentoring program, offering her $10,000 in financing and eight weeks of intensive business mentoring.

As Genesis’s editor-in-chief, Earls oversees a team of eight, and her ultimate goal is nothing less than a profitable media property that will last decades. “My staff and I understand that if we take care of Genesis now,â€ she says, “it will be a major source of income for us for years.â€

Hubristic, especially in an industry that’s currently enduring difficulties? Maybe, but Earls is nothing if not confident – a quality she lauds in others as well. “I admire anyone who has been able to create greatness from scratch,â€ she says. And she might even put them on Genesis’s cover as well.

For more on Brittany K. Earls and Genesis, go to 100UrbanEntrepreneurs.org 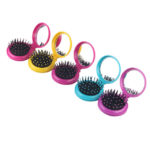 Reflecting on the Costs and Gifts of 9/11