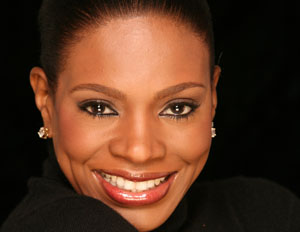 Actress, author, and activist, Sheryl Lee Ralph has been a powerful force in the fight against AIDS/HIV. Since her Tony Award nominated performance in Dreamgirls back in the 1980s, she’s fought without hesitation to educate the world on a disease that still effects an estimated 34 million worldwide today. “People think AIDS has disappeared. They think because there’s medication, there’s no big deal. In all my years of doing advocacy, I’ve never met the person who said, ‘It’s just no big deal. I just pop a pill and I’m fine,â€ she says. “And I am so hurt 30 years later the disease has come around again and young people are calling it their own disease. It’s awful.â€

When Ralph thinks of AIDS, dark memories of friends dying alone come to mind. “I think about myself as a young woman back to 1982, when I saw my friends start dropping dead from a mysterious disease. I’m a young woman on Broadway and my friends start dying and nobody wants to talk about it. And it was horrible,â€ says Ralph, who currently appears on the NickMom show Instant Mom and Showtime’s Ray Donovan. “They died under stigma, shame and silence. I had friends on the block and I didn’t see them for months. I went to visit and one of the guys was literally holding up what looked like a skeleton with skin on it. He wanted to say hello. It was horrible to see it. He hadn’t had anybody come to see him. And I was like, ‘We have to do something.’ I’ll never forget that.â€

Ralph went on to found the D.I.V.A . Foundation. Standing for “Divinely Inspired Victoriously AIDS Aware,” she created the organization as a memorial to the friends she lost from AIDS. And as a path to educate, empower, and advocate by using the arts. “We believe the arts has the power to change people’s minds and hearts to move them to another level of understanding,â€ says Ralph, who authored the 2012 memoir Redefining Diva: Life Lessons from the Original Dreamgirl. “Real women. Real stories around HIV and AIDS.â€

Describing her AIDS awareness musical benefit, Divas Simply Singing, as “the longest consecutive running musical in America,” it makes history this year by being aired on TV station, KCET, regionally on the West Coast. While Ralph’s one-woman show, Sometimes I Cry, is one of many projects dedicated to the D.I.V.A movement. A new partnership with OraQuick, the first in-home oral HIV test, helps her further extend a powerful, life-changing message. “We believe in the D.I.V.A Foundation that testing is important. We need people to understand if you can have a green footprint, you can have a sexual footprint,â€ she says. “I always tell people you’ve got to have a conversation about sex with your children in an age appropriate way. As a society we can sell and show our children sex. They hear it on the radio in their music, but we cannot have an honest, open conversation with our children about sex? You can’t teach them how to be sexually responsible. That’s why we say get tested. Get tested together. Get that at home HIV/AIDS testing kit, swab your mouth, put it in a solution, in 20 minutes everybody knows their status. How much do you love your children? How much do you value their lives? Talk to your children in an age-appropriate way. My parents did. It took a lot, but they did.â€

Obama Hosted a Series of Meetings on Violence in St. Louis