Educator Offers Free College Courses on the Business of Music 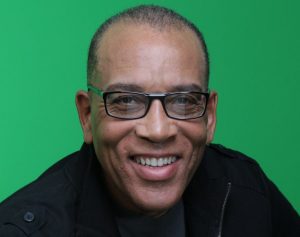 As we continue to celebrate the legacy and the evolution of black music, the recording industry–and the music business at large–remains in a perpetual state of change; after years of losses, the industry is now experiencing a surge in revenue. With more people eager to launch a career in a fast-changing industry, one prominent attorney and music professor is helping to provide first-class training, for free.

One of the leading attorneys in entertainment and music education, John P. Kellogg, Esq., the assistant chair of the Music Business Management Department at Berklee College of Music in Boston, is one of the first educators to help develop and teach the first free Massive Open Online Course (MOOC) on the music business. The course is coordinated through Berklee Online, which is affiliated with Berklee College of Music and recognized as one of the best sources of online offerings in the music-school business.

Kellogg, an 11-year, tenured Berklee professor, teaches two online MOOCs. The first, Introduction to the Music Business, is a six-week course that was launched by the Massachusetts Institute of Technology (MIT) and Harvard University. Offered through edX.org, it begins on Monday, April 17, 2017, and runs through Monday, May 22, 2017. Students can enroll and receive a certificate at the end of the six weeks for a small fee.

The second is a four-week course titled, Foundations of the Music Business, which is available through Coursera.org, the site founded by Stanford University professors Daphne Koller and Andrew Ng. Coursera is similar to edX.org, with fewer topics and with courses scheduled several times throughout the year. Students can register for Foundations of the Music Business at any time and start the four-week course.

In each course, Kellogg is featured in a series of video presentations and lectures covering a wide range of topics, including copyright, recording agreements, publishing, and live performances. The combined courses have enrolled more than 70, 000 students to date. A best-selling author of the book Take Care of Your Music, Second Edition: Taking the Legal and Business Aspects You Need to Know to 3.0, which reached No. 1 and No. 2 on the paperback and general music business category sales chart on Amazon.com, Kellogg says that understanding contracts is one of the most important aspects of the music business for students to learn.Â “It’s important for people to understand the recording agreements, and what’s in those agreements,â€ he explains. “I included contracts in my book. It’s a split-page format so that you can see the legalese on one side, and then you’ll see me break it down in layman’s terms on the other side. I cover the basics of copyright law, as it pertains to the music business, which is so important. Copyright is the most valuable asset in the music industry. That’s the thing I look upon as an asset-growth industry, and what you need to do is protect your assets. Watch them grow; then at some point, you’re in a position to either sell out those interests or just maintain your interest in these valuable copyrights. That will become even more valuable, as this digital age continues to emerge. I also talk about the entities and teach the various types of entities that you can use to conduct your business under [a] partnership, a sole proprietorship, corporations, and LLCs.â€

Kellogg currently teaches three courses at Berklee College of Music: Introduction to the Music Business, Advanced Legal Aspects Contract Negotiation Workshop, and The R&B Soul Business: The Roots of Hip-Hop Urban Music, a course he created that covers the progress of black musicians from the beginning of the 20th century and how the R&B/soul music business created ownership opportunities and greater revenue for black recording artists and executives. “I’m glad I’m at Berklee College of Music. Our faculty here are on the cutting edge of the music industry,â€ he says.

The course covers decades of music-industry history. “In the course, we talk about the ‘50s and ‘60s and how Ray Charles and Sam Cooke owned [their] master recordings,â€ says Kellogg. “Then we had Philadelphia International Records in the ‘70s [founded by Kenneth Gamble & Leon Huff] and SOLAR Records [founded by Dick Griffey] in the ‘70s, [which] had great copyright deals. The course goes to present-day discussions of Jay-Z, and artists like Chance the Rapper, who owns his masters entirely, just like Ray Charles did back in the ‘50s. Ray Charles was very smart, and very few artists over the years have had those types of deals. But as a result, [these deals] started in R&B and soul music. During the era of the ‘60s and ‘70s, people were put into position, particularly, [which resulted in opportunities in the ‘80s for] creative people like L.A. Reid and Babyface [Antonio Reid and Kenneth Edmonds], when they started LaFace Records, and how they had a 50% interest in the master recordings. We’ve come a long way.â€

Before moving to Boston, Kellogg practiced law in Cleveland, New York City, and Denver, where he was named assistant professor of Music Business Management at the University of Colorado at Denver and taught for four years, before moving on to Berklee College of Music. Kellogg swore he would never move to Boston. “I’ve been here 11 years, and I was shocked how beautiful the city is, and how progressive the people here are,â€ he says. “You have the islands if you want to go to Martha’s Vineyard. You have the Atlantic Ocean and theÂ White Mountains. You have the best of so many things. I came when they elected Deval Patrick as [Massachusetts’ first African American] governor.â€

In the early ‘70s, Kellogg was the bandleader of his group, The New Decade, based in Syracuse, New York. The group was touring on the road when they first meet Cameo’s frontman, Larry Blackmon. Kellogg tried to encourage his band to move to New York City to explore other opportunities, but nobody wanted to move. “I packed up, and moved myself,â€ he says. “The first call I made was to Larry. I said, ‘Look, Larry, I’m here in town.’ He said, ‘We’re in the demo studio. We’re getting ready to record our first album. Come on by.’ I went by that night, and hit some of the falsetto parts, and they said, ‘Yeah, you’re in the group.’â€

One of the earlier members of Cameo, Kellogg officially joined the R&B funk band as one of the lead singers in 1976 with Blackmon and Tomi Jenkins; he recorded the first album with the group and had a brief stint on the national tour. The following year, he left the group to attend law school at Case Western Reserve University School of Law in Cleveland.

Kellogg’s interest in law began during his days as a recording and touring musician. He started reading about this new legal specialty called entertainment law. He also read an article in EBONY magazine about David Franklin, who was one of the first black entertainment lawyers to represent major talent back in the ‘70s, including Richard Pryor, Roberta Flack, Miles Davis, Cicely Tyson, Peabo Bryson, and others. After working with Cameo, Kellogg realized that he could never reach his creative or financial goals, by being in a group.

Kellogg went back to Cleveland, where he worked in the steel mills until he started law school in the fall. “During that time, David Franklin was securing lucrative deals for many black entertainers, many of [whom] felt that they had to have a white lawyer to be able toÂ secure good deals back in those days, and still do, unfortunately. That was the general consensus, and David was the first one to come along, to show he got much better deals than the white lawyers. I think he encouraged a lot of us to consider entertainment law, so that was in the back of my mind, even while I was performing,â€ Kellogg explains. “Then, I read other articles about Dionne Warwick. She once said if she had to do it all over again, she would go to law school. Then, a couple of members of the group Mandrill said the same thing. All of that was weighing in the back of my mind. I’m glad I made the decision to go to law school.â€

Kellogg has some sound advice for music creators, facilitators, and students. He says, “Any time I hear an artist talking about selling records I know that they aren’t up on the latest of what’s happening because streaming is taking over. If you’re talking about selling CDs, and you’re trying to make your money back by selling CDs, you can forget about it. Streaming has taken over, and if you aren’t familiar with that, you’re going to be in trouble. I recommend that students take this course because they’ll get a basic history of the music industry, as well as today’s music business trends, which are so important, as we’re making this paradigm shift from a physical world, into a digital world.â€

Kellogg is completing his forthcoming book, The R&B Soul Business: The Roots of Hip-Hop Urban Music. In the near future, he also plans to take a few online courses at Berklee. Kellogg said he never had any formal music training and plans to study composition and explore the depth of his now baritone range.

When asked if he was a member of the Kellogg Cereal family dynasty, he said he wasn’t sure. He is working on tracing his roots through DNA and genealogy. But he did confirm that he was a distant cousin of CBS Sports’ analyst Clark Kellogg.

#MillionaireMovesMonday: Build Your Business With Creativity

Huh? Snap Founder Says Snapchat Is Not for the Poor