Why Numbers Matter Under ESSA 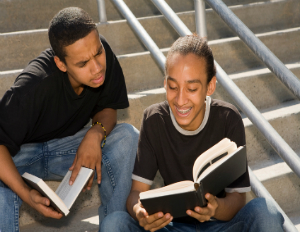 Were you just the tiniest bit skeptical after President Obama signed the Every Student Succeeds Act into law last December? I know I was.

The idea of reducing the federal role in education and giving greater power to the states was, to me, highly suspect.

Had the states in any way proved that they could be trusted to implement ESSA in a way that ensures that historically underserved students would be appropriately served?

Reports are continually released that reveal that in all states, African American students, English language learners, and students living in poverty are underserved. They attend schools that have the least qualified, most inexperienced teachers; the worst physical facilities; and the fewest resources.

Although education has been termed the great equalizer, there is nothing equal about education in the United States.

And now a new report by the Alliance for Excellent Education reveals a way that states can easily subvert the purposes of the ESSA: by keeping their n-sizes too high.

N-size refers to the number of students in a certain category that would require a school to report on those students’ academic progress and high school graduation rates. It may also require that the school examine any disparities in discipline.

But if the n-size is too high, the students in that group aren’t counted.

For example, if there are 29 African American students in a high school senior class but the state sets an n-size of 30, that group of students essentially doesn’t exist for reporting and accountability purposes, though they would count in the high school’s overall graduation rate.

However, the school wouldn’t need to report any gaps between the graduation rate of the African American students and that of their peers.

There is no one single required n-size for all 50 states, so it’s difficult to compare data across states. Thirteen states have an n-size of 10 or less; others, between 11 and 20; others have even higher n-sizes, up to 50.

According to the report by the Alliance, when states set an n-size that’s too high, it increases the likelihood that schools with gaps in the performance of student groups will be underreported.

The report also states that the U.S. Department of Education Office of Special Education and Rehabilitative Services recommends that all states set an n-size of 10. With a consistent n-size across all 50 states, it’s possible to determine within each racial group if students with disabilities are disproportionately disciplined.

According to the Alliance, high n-sizes undermine ESSA’s reporting and accountability requirements.

To read the full report and check your state’s n-size, go to this website.