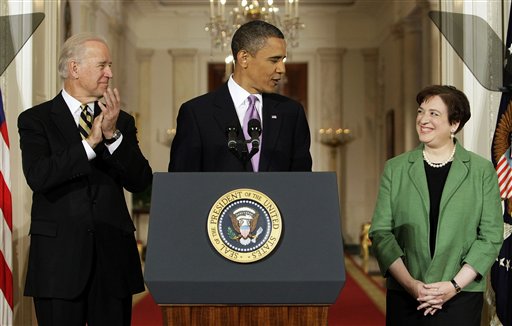 It’s 2015, and the Supreme Court is still talking about race in college admissions in America. Apparently the dangerous myth of black inferiority has a seat on the Court as well.

Yesterday, the Court revisited the case of Fisher v. University of Texas. Abigail Fisher, a white woman, was rejected by the university because of her academic record. Evaluated under holistic review, an alternative admissions process UT uses to assess applicants who don’t qualify for automatic admission (those who graduated in the top 10% of their class), Fisher was ultimately rejected. However, reportedly UT did offer Fisher admission as a sophomore, if she met the condition of earning a GPA of at least 3.2 at another Texas university. Fisher turned down the offer.

Although UT has stated that she was not rejected because of her race—she would not have benefited by being black or Hispanic—the case continues to bounce back and forth from lower courts to the Supreme Court. Every lower court has affirmed the constitutionality of UT’s use of race as one factor among many in its admissions decisions. The Supreme Court, however, has not conclusively signaled how it will rule in the case.

It is worth noting that black students comprise less than 4% of UT’s student body; white students, though not a majority, are the clear plurality comprising more than 45%.

A Question of Qualifications

In spite of insinuations that students of color may be admitted to UT who aren’t qualified, many on a press call with the NAACP Legal Defense and Educational Fund, a separate entity from the NAACP, said they were “heartenedâ€ and “encouragedâ€ by much of what the justices said.

Sherillyn Ifill, president and director-counsel of LDF, said that what was laid out was a picture of a university that had not violated the constitution, and that there is no constitutional objection to using race as one modest factor among many to achieve diversity.

However, she described as “low momentsâ€ that were “shockingâ€ the comments of Justice Scalia, who suggested that black students would be better off at “lesserâ€ and “slowerâ€ colleges–language that admits an attitude that should, to this writer, disqualify him from serving on the nation’s highest court.

Ifill asserted that minority students often excel on college campuses when they’re supported and not isolated. She also mentioned that it isn’t just students of color who benefit when they are admitted on majority campuses–others get to meet black and Hispanic students who are rich and poor, rural and urban, from families whose parents graduated from college and those whose parents did not–they are exposed to the full range of experience of persons of color.

Ifill closed by saying she was gratified and mostly pleased by the arguments today.

Marisa Bono, regional counsel of MALDEF, the Mexican American Legal Defense and Educational Fund, said she too was “heartenedâ€ by the Court’s reaffirmation of the importance of diversity and its apparent recognition that diversity is a “compelling interest.â€

However, Bono felt that there were a number of mischaracterizations that needed to be addressed, first the suggestion that holistic review benefits primarily students of color; in fact, Bono said, “Anglo students are the primary beneficiaries of holistic review at UT. Last year over 55% of students admitted through holistic review were Anglo.â€

Leadership, community service, courses taken, single-parent household, income level–all the things that make up a person–are considerations that can be weighed in an admissions decision. Race is just one of those factors, but one that is inextricable from a student’s identity, she said.

Bono’s second concern was the implication that students admitted through holistic review are somehow less qualified. She made it clear that UT is an elite school: “There is no student attending UT who is not highly qualified and talented.â€

Through holistic review, Bono said, UT captures students who are not only highly qualified but who bring other character qualities or experiences and strengths that distinguish them. Interestingly, top employers like Google no longer look to hire just those who were 4.0 students in college. Top grades are unquestionably important, but they aren’t everything, and UT’s use of holistic review seems to acknowledge that.

Others on the call included Eugene Chay of Asian Americans Advancing Justice and two UT students.